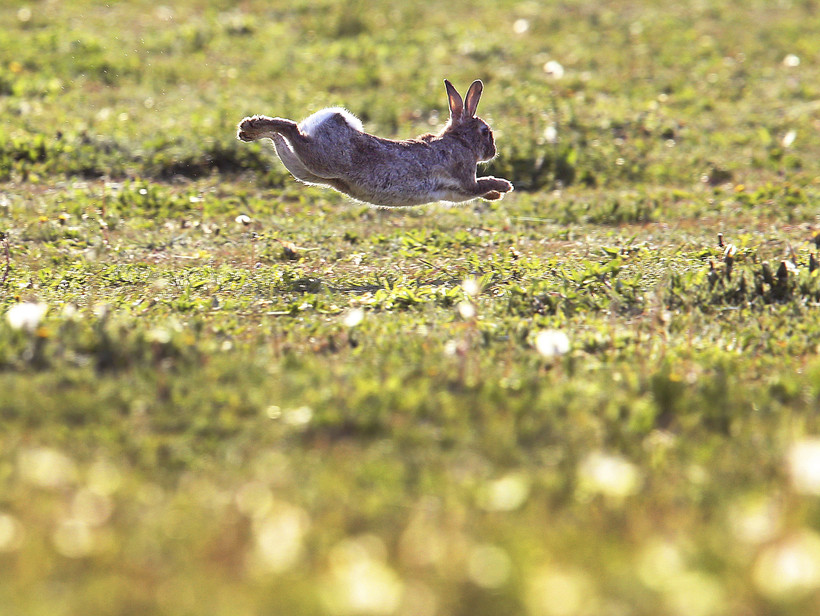 How To Manage Spring Wildlife In Your Yard

Keep Food Out Of Reach, Use A Fence With Fine Mesh
By Colleen Leahy
Share:

It’s spring, which means wildlife is coming out of hiding, and hopping and running through the neighborhood — and your backyard and garden.

Scott Craven, professor at the University of Wisconsin-Madison's Department of Forest and Wildlife Ecology, has tips on how to keep some animals away from your garden and house.

When it comes to rabbits, one problem, at least for your garden, is they multiply quickly.

"One doe rabbit you see in early spring could account for another 25 or 30 rabbits by September, October," Craven said. So the best time to deal with rabbits is now, and in April, Craven said.

The only foolproof way to keep bunnies out of the garden is a fence with very fine mesh.

"The young ones can go through what seems like incredibly small mesh like it isn’t even there," Craven said.

When bunnies, or other animals such as squirrels and possums, get into a garage or shed through a hole, Craven suggested building a one-way door. To do that, tack on a piece of hardware cloth larger than the hole so that the animals inside can exit but others can’t get in.

Out Of Hibernation And Scouring For Food

For bigger, scarier animals — namely, bears — Craven said to be sure to keep all your food inside.

That means no birdseed in the bird feeders in the early spring, and if you usually feed your pets outside, stop doing that for a few months.

"The bears that have been hibernating all winter are tired of hibernating; they’ve lost a lot of weight," Craven said. "They’re hungry, irritable after a long sleep, and one should be particularly cautious," he said.

Have A Bird Nesting On Your House?

And if you have a bird who’s decided to nest somewhere in or on your house, you often just have to let it happen, Craven said. Tampering with the nest may be illegal if it’s species protected by law.

"The only preventative measure is to either be vigilant when they’re trying to build the nest and discourage that, or scare them away," he said. "Or take some steps on perennially used spots — like over a light fixture, next to the door — and put a little sheet metal or screen barrier" over it, so the birds can’t nest there.

Otherwise, if the nest is already built and the eggs are there, the best bet is to wait it out.

"Grin and bear it," Craven advised. "Watch the progression of hatch and development of the young, and as soon as they’ve fledged and left the nest, clean it out and cover it so that there’s not a second brood."