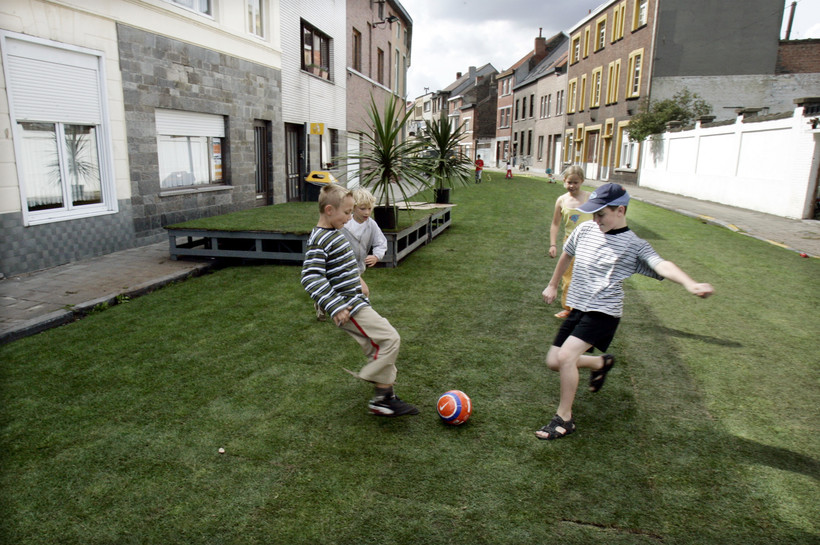 How Making A Home, Surrounding Yourself With People Makes Us Human

Around 2 million years ago, it’s believed our hominin ancestors settled down and adopted a more communal style of living centered around a home range, breaking from traditional primate life, which tended to be more individualistic and nomadic. That set our ancestors on a path of settling in smaller and more intimate groups that would increasingly resemble our modern notion of home.

Neuroanthropologist John S. Allen builds on this key insight in his book, "Home: How Habitat Made Us Human," arguing the "home" represents one of the most important inventions in our evolution, without which human civilization would not be possible.

As early hominin cultures became more sophisticated, Allen said he believes proto-humans settled down further, with home eventually becoming the basic unit around which social units were structured. By offering a stable, fixed point that was relatively safe from predators, early hominins were free to adventure out into unknown territory, leading to new creative breakthroughs in tool use, cooperative child-rearing and resource pooling.

"It's one of those universal things, but I think home is sort of taken for granted," Allen said. "We haven't really appreciated how central it is both as a biological unit and as a cultural unit."

Allen spoke to To the Best of Our Knowledge executive producer Steve Paulson about the evolutionary significance of the home. The conversation has been edited down for clarity and brevity.

With so many cultural differences as to what a home is, how do you define it? Some people might want a McMansion whereas other cultures, like Australian nomads, would have an entirely different idea of what makes a home.

That's why I get at the idea that you build home from the inside out. Home could be the absence of a structure, it could even be the landscape you live in. But that feeling of being at home is shared across cultures. It's also defined by who you share a home with and what your kin group is.

What do you think are the essential qualities that makes someplace a home?

I think it is other people. Usually those other people would be related to you, but not necessarily. Those who you interact with and whose lives are synchronized with your life, that really reinforces a home feeling. It's also the place where you sleep and recover from whatever you define as the outside world.

You're talking about home as refuge, right? It's the thing that's not the outside world, it's the familiar, almost like an extension of the self?

It is and it's the part of the environment where you feel like you define. Just because you have a little bit around you that you're familiar with doesn't protect you from large predators or tornadoes or any of the other thousands of things in the world that are out to get you. But by creating this space, you trick your body into this feeling of security and safety. We're really quite unique in that regard, so it does feel like something new that came from our branch of the evolutionary tree.

It sounds like you're making the argument that home is partly what makes us human, and this was something pivotal that happened in our evolutionary history.

I'm not saying it's everything, but I certainly think it's part of the package. Consider great apes like orangutans, chimpanzees and gorillas – one thing they do which is unique to them is make a little bed every night out of leaves or grasses up in trees, and they sleep there in their bed. But they never have that bed in the same place twice. They're always moving within a home range, over an area. So they don't ever hunker down and stay in a place. For some reason in our evolutionary past, after we split from them, we started to hunker down in a place, at least for an extended period of time relative to our relatives.

But there are other animal species that do have one place. For instance, there's beehives, dens, bird nests, prairie dog homes, etc.

Yes. Those are (examples of) what we would call convergent evolution. There are benefits for exploiting and knowing a territory and space, but it's interesting that in the primate way of doing things we're really the only ones who embrace (homes).

So take us back in this evolutionary history. What do you think changed, and when do you think (our ancient ancestors developed this new sense of home)?

An archaeologist named Glynn Isaac many years ago suggested what he called a home base model. This would have come about 3 million years after we split, when you started seeing cooperative hunting, stone tool use and other sorts of behaviors that start to hint at a human way of doing things as opposed to an ape way. So he argued (home's evolutionary importance) for a lot of the same reasons why home is important now – (because) it's a place where people can pool resources, where children could be raised collectively. One interesting thing, at least to anthropologists, is that when a female ape has a child, she only takes care of the one child even if she's in a group. One of the advantages that our ancestors had is they started to be able to handle more than one baby at a time. That's probably much more efficient in a home setting, (since) you can trade off care between the mother, the father and relatives.

So let's bring this story to the present then. What does all of this evolutionary history tell us about what home means today?

I think the main thing is the whole idea of security and a sense of safety from the world surrounding us. And I think that when you mix that up with an economic system where houses and dwellings are really important economic investments – not just for protection and shelter, but as an investment – then you start to mix up the safety you feel with home with a speculative investment. And I think it can become, as economists would say, a confidence amplifier for people who are living in their homes and using them as investment vehicles.

It seems like there's something deeper as well. If you are suggesting that having a home is part of what it means to be human, then what does that say if you don't have a home or a house. In other words, is it a fundamental human right to have a house?

In Scotland it is, and in the (United Nations) Charter it's considered to be that, but only Scotland codified that into law.

What does that mean?

A right to shelter and home is part of (Scotland’s) Constitution. In the last few years, they've put that in.

The flip side of not having a home is being homeless, obviously. Talking to homeless people or people who've been homeless, (you understand) their sense of marginalization and of not belonging or having an identity anymore. One side note I found in doing research for this (is) there are a lot of brain studies that look at what bits of your brain light up when you're looking at something that's disgusting. And in these studies, even when they aren't looking at homelessness, they still would show us a picture of a homeless person as their prompt to elicit a disgusted reaction. It shows how fundamental that view is, at least in our society.

I'm curious whether any of this that we've been talking about has hit home for you personally or emotionally.

I've lived a lot of different places. I've lived overseas. And every time I've moved there's a time of adjustment, a time where you feel like, 'This is new, this is strange, this is hard to live here.' And then one day it's not. One day it becomes home.

What I find, looking at that experience and how I felt, is that I was totally unaware of it happening. I can't put my finger on the day a strange place became home. And yet it happened over and over again in my life. So it shows our resiliency there, which gets back to the hallmark of what it is to be human. To be human is to be flexible, to be able to eat sorts of different things, to be able to live under different situations and to be able to adapt because we aren't tied like a bee or a wasp to a certain genetic program.