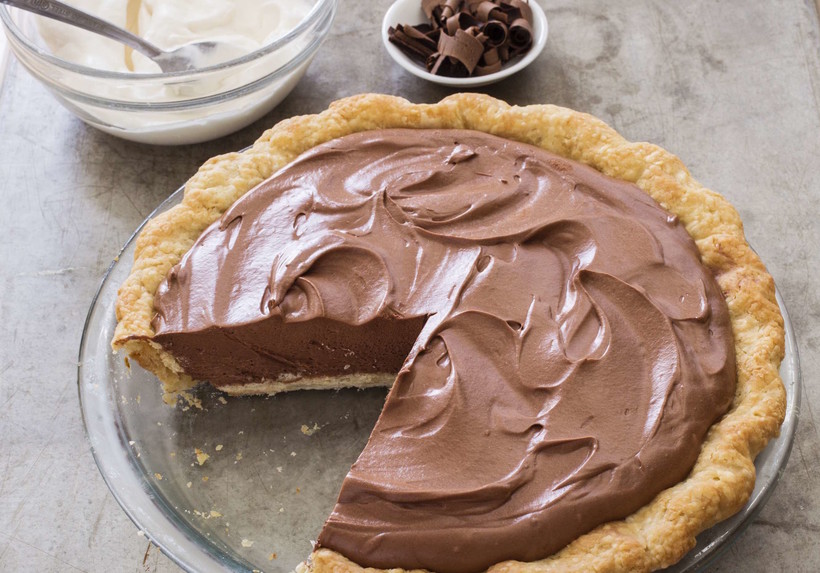 How To Make A Pie That Will Impress Your Thanksgiving Guests

Americans love pie. It’s been estimated that about 50 million pumpkin pies are eaten on Thanksgiving.

And with the holiday just days away, what do you need to know to impress your guests with the perfect pie? According to the folks at America’s Test Kitchen, it’s all about balancing the flavors.

"Your crust should have flavor, it should be salted enough that you can actually taste it and you can taste the butter in it," said Christie Morrison, a senior editor at America's Test Kitchen. "You want to make sure that ... you have the right amount of filling to crust ratio. It's a balancing act."

While making your own pie dough can be intimidating, the method in America's Test Kitchen's new cookbook, "The Perfect Pie," leaves behind some of the more finicky details of mastering the perfect crust.

What’s different about their all butter crust is the way the flour is incorporated into the dough.

"Basically we add it in two installments," Morrison said. "We start with a larger portion of the flour that we totally blend in the food processor with the butter — it kind of flies in the face of what you normally think about making pie dough, which is always leaving big chunks of butter to make sure that there's flaky layers."

What the test kitchen found is that when the butter is coated with flour during the first round, it essentially becomes waterproof. So when the water is added, it only touches the second round of flour, she said.

"That's important because when you add water to flour, that's how you create gluten," Morrison said. "You need gluten to make a dough that's rollable and that's flexible, but too much gluten will make it tough."

Controlling the amount of gluten that develops yields a pie crust that is tender, flaky and easy to work with and roll out, she said.

Another important step to making a pie dough that’s easy to work with is getting the timing right during and after chilling.

Morrison says to make sure you chill the dough long enough so the water can work itself through the dough, then let the dough sit for about 10 minutes on the counter after chilling so it has the chance to soften slightly, making it less likely to break. 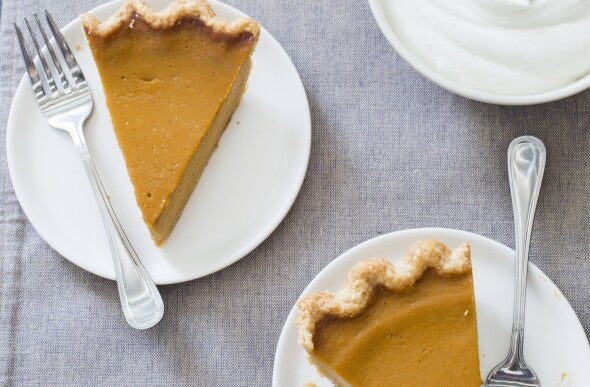 When it comes to actually filling the pie, getting the right flavor is also about balance, she said. And given the time of year, Morrison offered a Pumpkin Pie recipe.

"The really interesting thing about it is we use canned pumpkin and we also use candied yams," she said. "We found that the combination of the two really gave us a flavor that was as close to a fresh sugar pumpkin as we could get."

To get rid of the excess moisture, cook the purees on the stovetop, Morrison said. Then, flavor with cinnamon, nutmeg and fresh ginger.

"Then we put the mixture through a fine mesh strainer to make sure that the custard was going to be super, super smooth. Those are the keys to the pie's success," she said.

And for those who aren’t into pumpkin pie, Morrison suggests a French Silk Chocolate Pie which combines sugar, eggs, melted chocolate and whipped cream.

"We're building kind of a creamy custard," she said. "It's not quite as thick as a ganache ... it's a little sturdier than a mousse. It's just this creamy, delicious chocolate texture."

Food Friday: How To Make The Perfect Pie 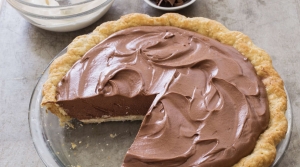 Thanksgiving is less than four weeks away, so you have some time yet to hone your pie-making skills. Our guest from America's Test Kitchen has tips on mastering the basics as well as overcoming common mistakes and problems.