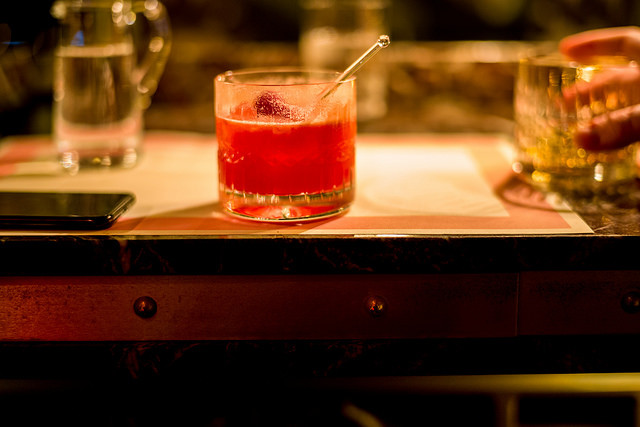 How To Make Great Holiday Cocktails

Authors Says You Don't Need To Be A Professional Mixologist To Make A Great Drink
By Mary Kate McCoy
Updated:
Friday, December 28, 2018, 6:00am
Share:

With the holiday season upon us, chances are you’ll be hosting a gathering or two. While what food to serve may be at the top of your mind, don't miss the opportunity to make a great holiday cocktail to share.

You don’t have to be a professional mixologist to impress your guests, says Carey Jones and John McCarthy, the wife-and-husband team behind the new book, "Be Your Own Bartender: A Surefire Guide to Finding (and Making) Your Perfect Cocktail."

"The point is to have fun," McCarthy said. "Make something fun, make something easy so you don't drive yourself crazy and then just share it with your friends and family."

Jones and McCarthy modeled their book after McCarthy's experience as a professional mixologist where people often ask him to make a cocktail on the spot.

"He always has a series of questions he asks," Jones said. "Do they want rum or bourbon or vodka for example ... something a little lighter or a little boozier. And so we wanted to replicate that experience and the way we came up to do it was a flowchart."

For larger gatherings, McCarthy recommends using vodka as the base because it’s typically the most accessible for a party drink. In their cocktail, the Dickory Dock, they mix vodka with 100 percent cranberry juice and lemon juice for tartness, then round it out with a rosemary honey syrup and orange bitters.

The bitters are like spices in your cooking and baking, balancing out the sweetness of other ingredients, Jones said.

"They add a little extra nuance to a cocktail," she said. "Orange bitters we often like in drinks with fruit in them, it just gives them a different dimension and balances out all the other flavors."

And don’t be intimidated by the rosemary honey syrup, McCarthy said.

"Basically you heat up water, you steep rosemary in it and then you add honey, it's easy to make," he said. "And then we mix that all together, add a little club soda and we have a party punch."

A bartender's tip: when mixing a drink, have the back of your stirring spoon against the inside of the mixing glass and stir for at least 30 seconds, McCarthy said. The dilution from the ice melt chills the drink and adds needed water.

"If you've ever been to a bar and you've had a drink and it just tastes too strong ... it’s because it hasn’t been stirred long enough," he said.

For a non-alcoholic version of the drink, the Mistletoe, replace the vodka with a good apple juice and club soda, McCarthy said.

On a cold winter night for a simple cocktail, Jones and McCarthy like to make a hot apple cider rum.

"We put apple cider on the stove and heat it up and then add some dark rum to it and some maple syrup and some Angostura bitters to add depth to the drink, and you can just serve it right off the stove top," McCarthy said.

An equally simple, but boozier take on a hot cocktail is what Jones and McCarthy call the Rum Diggity, which is basically a rum old-fashioned, Jones said. Warm up dark rum and a little water on the stovetop and then pour it over a lemon slice.

"Just that little bit of citrus really gives it a nice lift," she said.

"That’s one where you’ve just came in from the snow and you just need something really quick to warm you up," McCarthy added.

One thing their book doesn't include is obscure ingredients used in only one cocktail, Jones said.

"We’ve had the experience of getting a whole bottle of something and using half an ounce of it and seeing it sit there," she said. "We really want people, when they discover ingredients they like within a cocktail, to easily find other ways to use it too."

Both Jones and McCarthy emphasize simplicity over complexity in making a great cocktail.

"If you can make a drink that you enjoy, then everybody else is going to enjoy it too … you can take the pressure off yourself," McCarthy said.