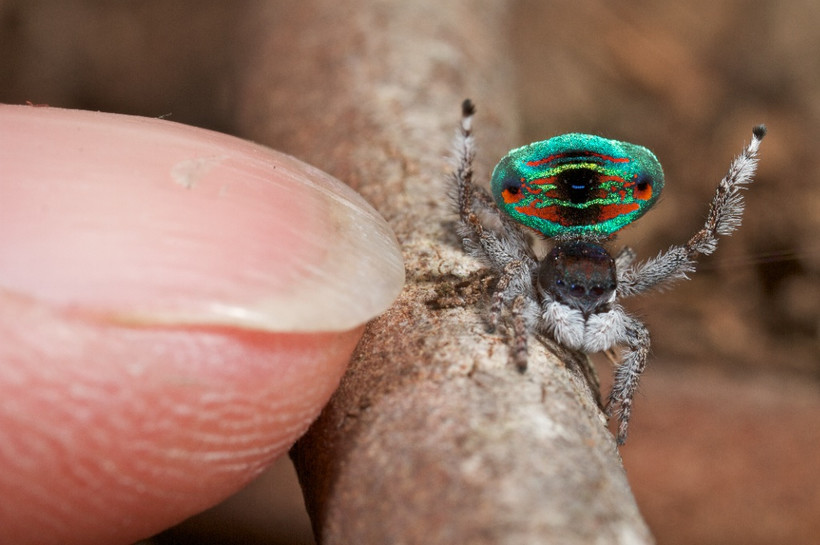 How To Love Something That Grosses You Out

1 Entomologist’s Mission To Give Bugs A Better Name
By Colleen Leahy
Share:

How many different kinds of insects are there?

Probably tens of millions, but scientists can’t be sure. They’ve only discovered about 900,000 of them.

For Tony Gustin’s purposes though, a few dozen usually do the trick.

Gustin is "the Bug Whisperer," and it’s his mission and work to bring the strange and largely-unknown world of insects to life for children, literally. Gustin travels around with his "Creepy Crawly Zoo," — a sort of circus of invertebrates for children to get up close and personal with.

"Entomology is a gateway science for kids," Gustin told WPR's "The Morning Show."

Why? First, because bugs are everywhere — there are more bugs than there are any other creature on earth, somewhere around 10 quintillion individuals crawling, rolling and flying around at any given time. Insects’ ubiquity means they’re connected to virtually any other scientific discipline you can think of, Gustin said, including geology, geography and even astronomy.

Entomology is also a "gateway science" because of accessibility, Gustin said.

"Once they’re introduced to this, they don’t need me anymore. They can go into their backyard," he said.

Gustin wants kids to see insects as fascinating and beautiful, not gross or creepy.

But why does such an incredibly diverse order of animals get such a bad rap? Why are we repulsed by too many legs (or not enough legs) instead of being awed and impressed by the giraffe weevil's long neck, the straight snouted weevil's big schnoz, and the fashion sense it takes to make a hat out of a stack of your own old heads like the "Mad Hatterpillar?"

The reason, said Gustin, is the insects most of us encounter on a day-to-day basis — like ants, flies, bees and wasps — are viewed as pests. They get into our food and homes, they eat our clothing and they sting us.

"They get the bad rap, which kind of carries over into everything else," he said.

Instead of talking about how great bugs can be, Gustin lets the bugs do the work for him.

"I make them laugh, I make them scream. By the time I’m done with my little schtick, they’re wide-eyed screaming maniacs, and they have completely forgotten about any fear that they had prior," he said.

It isn’t about listing a plethora of obscure bug facts (although Gustin can do that, too). It’s about sparking a curiosity Gustin hopes will last long after the Creepy Crawly Zoo.

"That’s my job. I’m just planting that seed of curiosity that will grow," he said.