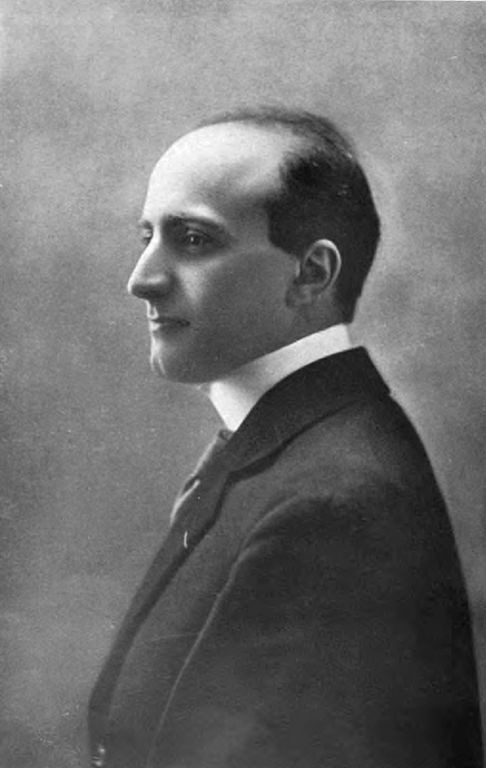 As a critic, Michel Calvocoressi appreciated an analytical mind, so he particularly admired composer Vincent d’Indy, the author of Treatise of Composition.

One of the things he liked most about d’Indy was the apparent contradictions in his thinking.

Calvocoressi found it intriguing that within the space of just four years, d’Indy could have written both the sensuous, unabashed Symphony on a French Mountain Air and the cerebral, constrained First String Quartet. Similarly, he said, at times d’Indy endorsed the headlong, emotionally charged music of Liszt, and at others he seemed to disapprove of it.

Calvocoressi concluded that d’Indy was having trouble making up his mind between feeling and reason. Hearing d’Indy talking about Claude Debussy’s Pelléas and Mélisande, Calvocoressi determined that what he was saying didn’t tally with what he had written about the work.

He pressed d’Indy about the apparent inconsistency and was surprised by the answer.

“Oh! You see, two very different points of view are possible,” d’Indy said. “The first time I heard Pelléas and Mélisande, I listened to it as to ‘music’ in the ordinary sense of the word, to ‘music’ as I conceive it. As such, it meant very little to me.”

He went on to say that, after thinking about it some more, he concluded that he had been wrong, and should have listened to Debussy’s work as something completely different and new.

“So I went to hear it again,” he continued, “and in that new light I was able to admire it.”

In his article, d’Indy had written that Pelléas and Mélisande was neither an opera nor a lyric drama because music played a subordinate role in it, much the way illuminations in medieval manuscripts enhance the all-important text.

Calvocoressi deduced that d’Indy’s reason had led him to approve of Pelléas and Mélisande, and that his feelings were the source of his appreciation for the music of Liszt.