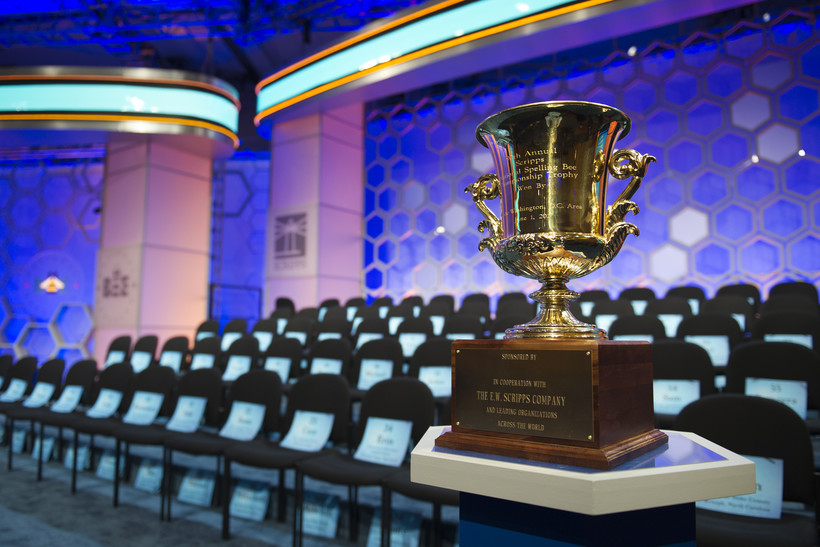 How Indian-Americans Learn To Have A Way With Words

The Scripps National Spelling Bee is back this week for its 90th year with 291 young spellers from across the U.S. vying for a $40,000 cash prize outside Washington, D.C.

While winners have come from different backgrounds over the course of nearly a century, young South Asian-American spellers have come to dominate the contest, taking the top prize for the last nine years in a row.

Vara, who is also a staff writer at The California Sunday Magazine and a contributing writer for The New Yorker‘s website, said she credits success to Indian-American spelling networks that have grown over the past 20 years.

"There are now Indian-only and South-Asian-only spelling bees that are very competitive and where the kids who tend to win the national spelling bee and place in the final have grown up and practice their spelling," she said.

She said there are all sorts of sociological and anthropological explanations for why Indian Americans have been outshining other groups at spelling contests over the last few decades — including a focus on learning English in Indian public schools.

"People point out that Indian immigrants tend to have learned English growing up in the Indian school system because of the British colonial influence there," she said. "Unlike immigrants from, say china, there's a really strong English educational background in their families."

Vara said she is convinced that the rise of Indian-American champions in the spelling bee is mostly attributed to "little league" spelling networks for Indian American kids.

Nonetheless, she said while winning is also a matter of studying and a lot of practice, another factor to note is the parental ability to dedicate time and resources to spelling bees. She said that most spelling parents are involved, nurture their kids' talents and abilities and have gotten the trenches with their kids on spelling.

Giving children access to language at a very young age and talking to them about how interesting language is, Vara said, is a good start for raising spelling wizards.

However, Vara acknowledges that parents often do not have the time and resources to become deeply invested with their child’s competition, but one thing that can help is becoming your child's coach and spending time learning words along with them.