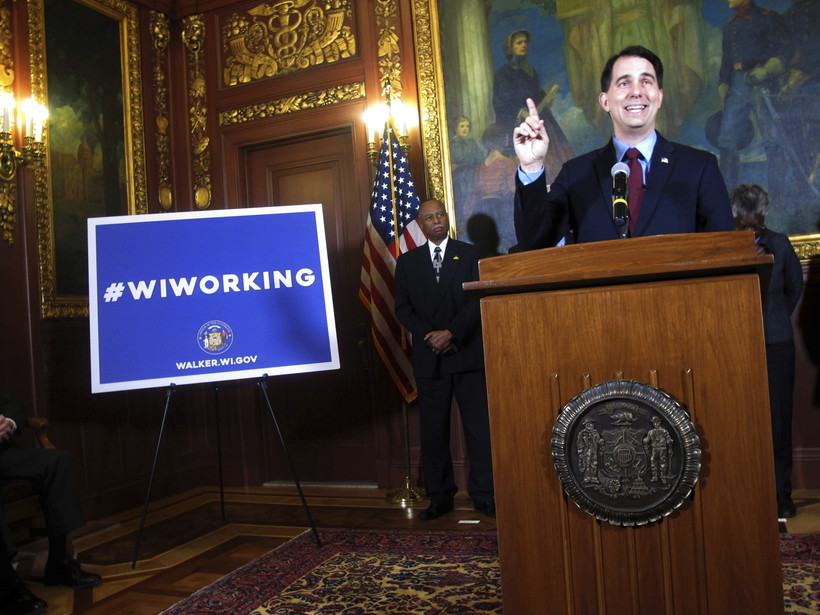 Parents Of School Age Children Required To Work To Participate In FoodShare
By Shamane Mills
Share:

The state budget recently passed by lawmakers makes changes to the state's food assistance program. Wisconsin will go forward in trying to get federal permission to give drug tests to those receiving welfare benefits like food stamps, and the budget will also require more participants to work to be eligible for assistance.

Two years ago, Wisconsin required able-bodied adults to work in order to receive food stamps, formally known as FoodShare. As a result, the number of participants dropped. Now the work requirement has been expanded to parents of school age children. FoodShare participants could once again decline, relying on food pantries instead. As changes loom, food pantries across the state expect their role will increase, not only because of state changes but also due to billions of dollars in proposed cuts at the federal level.

"The emergency food system was not designed to do the work of the federal government. We are designed to work in partnership, to fill in gaps," said David Lee, executive director of Feeding Wisconsin, a trade group for six regional food banks that supply local pantries in the state's 72 counties.

Over the years, the social safety net has expanded and contracted, as attitudes, politics and economies have changed. When the Great Recession receded, Wisconsin and other states implemented a federal work requirement that had been waived because of the lack of jobs. Then in January 2017, Gov. Scott Walker announced that he would build on the welfare reforms first initiated by his predecessor, former Gov. Tommy Thompson.

"You know, we are good and decent people in this state. We will help people when they are down and out. But for those who are able, public assistance should be a trampoline not a hammock," said Walker.

At the time, the state’s largest business group, Wisconsin Manufacturers and Commerce said the current welfare system created a disincentive to work, adding that companies had trouble finding employees.

Lee says that's because some can't get to a job or find work that pays the bills.

"I think the question on self-reliance is look, a good job is the best anti-hunger tool, right? The question then becomes are there good jobs?" said Lee.

A report released in May by the University of Wisconsin-Madison’s Institute for Research on Poverty found poverty is down in the state and unemployment has declined. But many of the jobs available are only part time or pay poorly.

"The jobs that are coming back are not the jobs we had pre-recession," said Lee. "There are more low wage jobs; people are working fewer hours."

The state says it's had success in linking FoodShare recipients to jobs and job training. A recent report showed that 18,000 FoodShare participants were working an average of 33 hours for an average hourly wage of $12. All those in the report were able-bodied adults without dependents. Walker indicated in January that he wanted even more people working for FoodShare benefits.

"We now want to have adults who have children who are school age to enter the workforce as well. And so we're going to put that in our proposal, enact a similar requirement that says you have to be employed at least 80 hours a month," said Walker.

The state report showing job gains by FoodShare participants also revealed that only 30 percent of those referred to the work program, actually enrolled. Critics say that's not good enough.

"We are supportive of programs that help connect people to work but work training programs have to work," said Lee.

One FoodShare recipient, Tammy Butler, says she can't work and hasn't been able to get disability benefits.

"I've been waiting for 5 years. I hurt my back; I've got kidney disease, liver disease, I use the food pantries. I barely make it," she said while waiting in line at a rural food pantry in August.