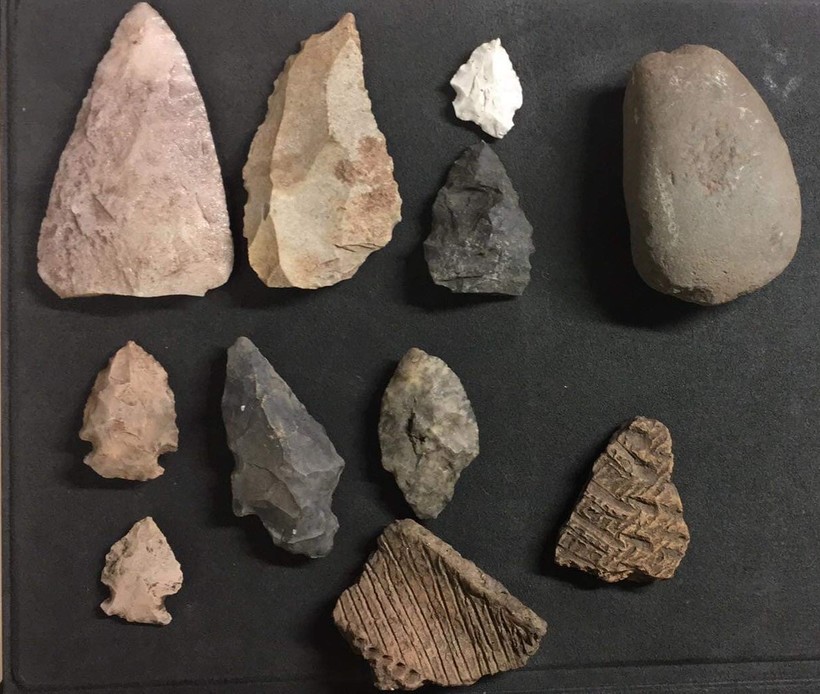 How A Facebook Group Became A Hub For Identifying, Preserving Wisconsin Historic Artifacts

In 2016, an archivist from Wisconsin digging through old newspapers came across an article in the Stevens Point Daily Journal from the 1930s, identifying a location where a man's remains had been found as a Native American burial ground.

The archivist posted the information to a Facebook group devoted to old and ancient artifacts that have been found across the state called Wisconsin Archeological Artifacts. The group's founder Ryan Howell, an archeologist himself, saw the post and passed the information along to a professor at University of Wisconsin-Stevens Point.

The result was the rediscovery of a long-forgotten burial site, an unexpected find that soon took on a life of its own, Howell said. Soon after, historians and Native Americans formed a committee to develop plans for a monument to memorialize the dead.

"That was all from that page — just people connecting over the internet and stories getting passed down...from an amateur archivist to an archeologist to another archeologist to a Native American. And now it's leading to the protection and preservation of a burial ground," Howell said. 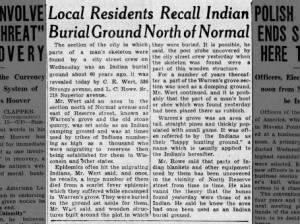 That sort of response is an example of how the group has evolved into a community devoted to education and awareness of the land's historic people and artifacts since it first launched in 2014.

Howell decided to start a Wisconsin-specific archeology Facebook group after he noticed people posting pictures of arrowheads they'd found in Wisconsin or other states.

"Then I could learn more about what they're finding in the areas that I'm studying," said Howell, an archeologist for the U.S. Army based in Middleton who has worked on preserving historic sites. "But then it kind of took off from there. It became more of a public education, Native American cultural exchange kind of thing."

The group, with more than 3,000 members, features posts on everything from artifacts to Native American politics to current events. Members also submit questions about their own finds or about archeology, and get answers from Howell and other professionals. The group is public, but prospective members need to be approved by administrators to join.

JP Piojda is one of the administrators of the group. He first got interested in archeology after his father found an arrowhead while walking the dog. Intrigued, Piojda went out on his own extensive search and came back with a few arrowheads of his own. Then, he was hooked.

Piojda said the page impresses on its members that Wisconsin's history and archeology goes back more than 12,000 years, when glaciers still covered parts of the state.

Howell said items shared on the page might include new and historic photographs of tribes that tribal historians haven't yet seen. He said he has a keen eye for artifacts sharpened by more than 30 years of experience, so he can often recognize anything that's prehistoric or early historic Wisconsin.

"And if I can't, I can tag someone who is a specialist in that field," he said.

For him, the importance of the page really rests in protecting these archeology sites, and especially burial sites.

"We've lost 90 percent of the mound groups in Wisconsin," he said. "And so every one of those we can save or locate or preserve is a big win for both archeologists and Native Americans."

The goal of the group is not just to provide context for artifacts that people post about, but also to share information on Wisconsin's history and the people who inhabited the land well before it became a state.

"It's just another supplemental opportunity for (the group's members), outside of learning about it in school or...(in) books you may pick up along the way," Piojda said.

Both Piojda and Howell said that while looking for artifacts on your own private land is encouraged by the group, state law prohibits taking artifacts from public land.

"Just like you couldn't drive into a state forest and randomly start logging, you can't drive onto a state wildlife area and start picking up arrowheads," he said.

However, anyone who notices an artifact while on public land should take a picture of it and notify that Wisconsin State Archeologist office. Anyone looking for more information in addition to the Facebook group can also visit or join the Wisconsin Archeological Society, Howell said. 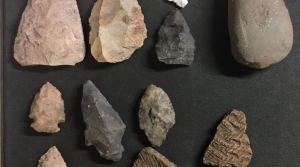 A Facebook group brings together a mix thousands of archeologists to discuss items of historical importance they've discovered around Wisconsin.