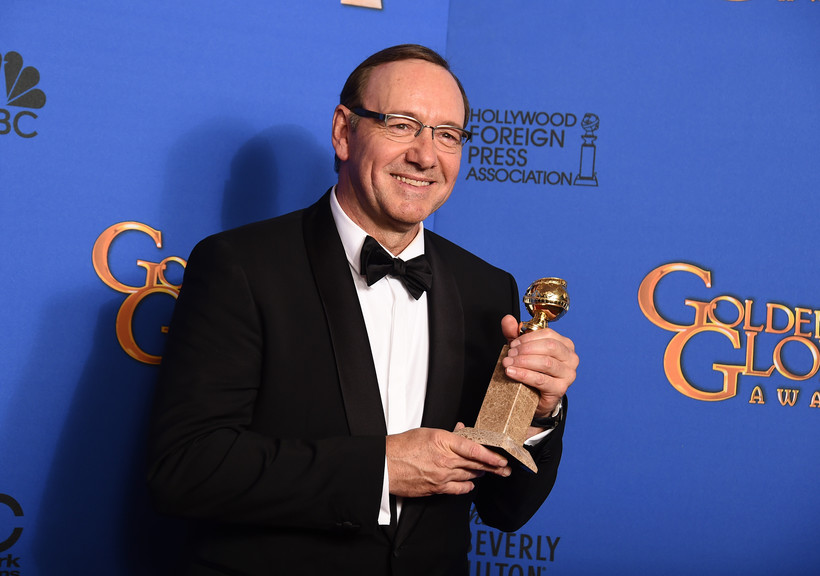 Kevin Spacey poses in the press room with the award for best actor in a television series drama for "House of Cards" at the 72nd annual Golden Globe Awards on Sunday, Jan. 11, 2015, in Beverly Hills, Calif. Jordan Strauss/Invision/AP

How Do We Cope With The Bad Actions Of Those We Admired?

Psychologist Says Our Feelings Linked To Those We Look Up To Are Complex
By Chris Malina
Share:

People admired these men, accomplished in their respective fields. For fans at home, the allegations can touch a nerve. And when we find out an idol or favorite actor does something bad, it can feel like a personal affront.

Regan Gurung, professor of human development and psychology at the University of Wisconsin-Green Bay, said to understand and cope with these feelings, it’s important to understand how we form opinions of others in the first place.

"We form impressions of other people very quickly," he said. "We can form an impression of somebody in as little as five seconds."

We don’t need to physically meet that person in order to form those impressions. It happens when we see them on TV or the big screen, whether we like it or not. And once those impressions are formed, they’re not easily changed.

"Those first impressions are then built on and built on, and that very first impression gets solidified, and the more that happens just goes toward reinforcing that picture we have of somebody," Gurung said. "That’s partly why, I think, things get so disturbing when suddenly that worldview is shifted."

Additionally, when we feel like we really get to know someone, even if it’s just on TV, we’re more likely to empathize with that person.

"If you feel like you know them really well, you almost internalize whatever is happening to them, and that makes you take a lot more personally what’s going on, and really makes you look very closely at what happened and why and you want to explain that a lot more," Gurung said.

So when someone we admire does find themselves facing serious allegations, we may find ourselves being embarrassed for liking that person in the first place, or for having supported them in the past. In some cases, this can lead to defensiveness or even excusing certain behavior.

"Instead of seeing what the person did as wrong, we instead twist it and make it seem not as bad, so that we feel better for supporting that person in the first place," Gurung said. "We do all these little mental things to try and make ourselves feel better."

He said it’s up to us to confront those feelings, admit when we’re wrong, and face whatever happened directly. Coming up with a way to actually process what you’re feeling can be difficult, Gurung said, but a good place to start is talking to a good friend about it.

"That’s probably one of the best things we can do," he said.

On the flip side, there may be people or groups we don’t like that may find themselves in hot water. In these cases humans are hardwired to point the finger and say, 'I told you so,' Gurung said.

"I think all of us walk around with a confirmation bias, we like to be right," he said. "When we have an impression about somebody, when we believe something, we are actively looking for anything that will support that bias."

That helps to explain why we might be quicker to point the finger at Alabama's Republican U.S. Senate nominee Roy Moore or Democratic U.S. Sen. Al Franken, depending on our own political persuasions. It’s something known as the in-group-out-group bias, Gurung said.

With our trust potentially broken from the transgressions of celebrities or politicians who we believed in, we may also find ourselves looking at people in our personal lives differently, such as friends and family members. We may start to wonder if those around us are the "good ones" or the "bad ones." While we may never know for sure, Gurung said practicing good communication with those around you is an important first step in building that trust.

"I think having good conversations or deep conversations with individuals is important, and that can help us get closer, but the bad news is we as human beings are extremely good at keeping facets of who we are away from even close people, if we want to," he said.

Moving forward, Gurung hopes our society is heading toward a place where people can deal with issues of harassment in a more head-on way, and better support systems can be built.

"Far too often, people are covering their behinds instead of dealing with people grabbing behinds," he said. "The fact is, society has been in a way where the structures don’t allow women in particular to cope or deal with what’s been done, because of power, because of the male system, and that’s a problem."