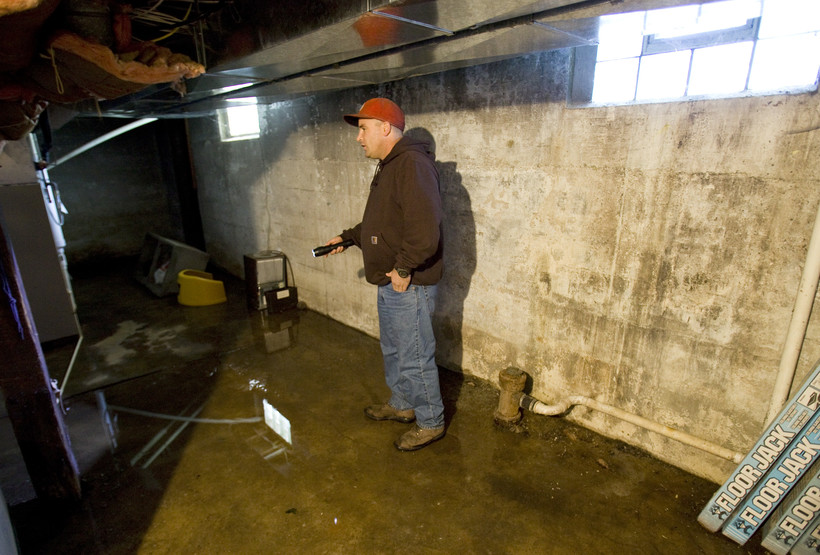 How To Deal With Water In Your Basement

'The Faster You Can Address The Problem The Better'
By Mary Kate McCoy
Share:

Recent major flooding in areas around the state has left some homeowners dealing with flooded and wet basements in recent days and months – with potentially more rain to come.

If you find water in your basement, move as quickly as you can, advises Danny Lipford, a home improvement expert.

"The faster you can address the problem the better," he said. "Anything that is going to soak in that moisture, such as rugs or carpet, any furniture, any of that needs to go out of the house."

Move any damp furniture or carpet to an open area, like a garage, to dry them out, he said. Then set up a dehumidifier.

"A portable dehumidifier does wonders," Lipford said. "Also any type of fan that you can blow to get air circulating will help to dry that air out and to reduce the chance of any mold or mildew from occurring."

If you have carpet down, you will likely need to remove it, he said.

"It is something that's extremely hard to save, unless you have just some very minor flooding and a minor amount of water in there," Lipford said. "Then many times you can peel it back a bit, put something under it in order to allow air to flow under it."

Once everything has been removed from your basement, if you have standing water, Lipford recommends using a submersible pump to remove the water.

Even when you think everything is dry, keep the fans and dehumidifiers going, he said. And get a digital hygrometer to monitor your home's humidity levels.

"The relative humidity percentage in your home should always be less than 40 percent," Lipford said.

Drywall is often salvageable, but it can be dangerous if water gets above any electrical outlets, he said.

"If that's the case, then it's a very serious matter," Lipford said. "Wherever the high water mark is, go a few inches above, cut all of that out, remove the insulation that's there and really have an electrician inspect the air conditioning or the electrical outlet very, very closely."

While it takes some time for mold and mildew to form, if it does settle in, Lipford recommends using an antimicrobial spray, not bleach, which will only kill what you see and won’t continue to prevent spores from spreading.

To prevent future flooding, start with the outside of your home, he said.

"Number one is to try to work on the source and make sure that your gutters and downspouts are doing their job to push that water away from the home," Lipford said.

For the inside, Lipford cleans the basement walls with trisodium phosphate – a powder you mix with water – then paints two thin coats of waterproofing paint, such as DRYLOK, on the walls to create a barrier that will keep water from coming inside the home.