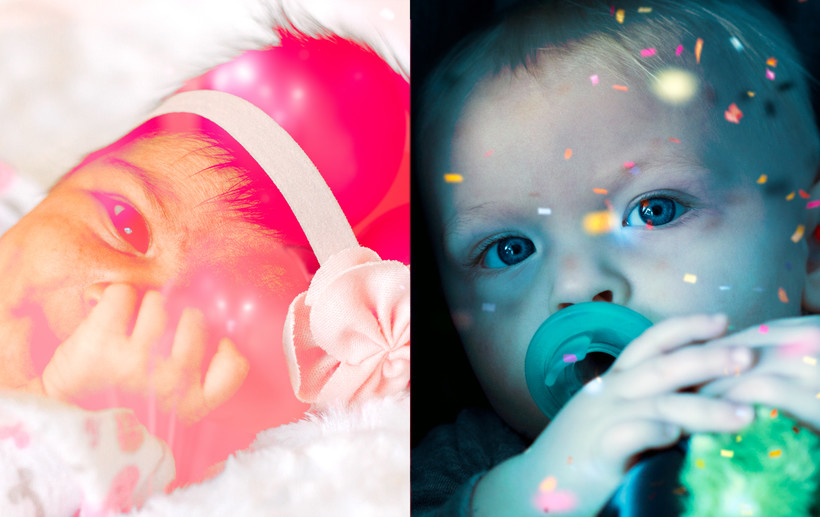 Jo Paoletti is a writer and historian who explores fashion and gender in her books "Sex and Unisex: Fashion, Feminism and the Sexual Revolution" and "Pink and Blue: Telling the Boys from Girls in America." She is a professor emerita of American studies at the University of Maryland and is now at work on a book on age, gender and clothes.

"To the Best of Our Knowledge" producer Shannon Henry Kleiber talked with Paoletti about gender's ever-changing relationship with fashion.

Shannon Henry Kleiber: Where did the whole girls in pink, boys in blue come from?

Jo Paoletti: The pink and blue thing takes several generations to explain because babies used to just wear white. They introduced pastel colors for babies in the late 19th century, and then it's kind of a matter of fashion and also what looks good on the babies — so blue-eyed babies would often be in blue and brown-eyed babies would be in pink. Boys used to wear dresses until around the time they started school. It wasn't considered feminine, it was just babyish.

SHK: So what changed?

JP: The advent of modern psychology — especially child and adolescent psychology — and a whole lot of interest in sex roles and homosexuality. Up to that point, babies are all dressed like babies. Children weren’t supposed to know about sex and sex differences. One way to keep them from noticing those differences and being curious was to dress them alike. Then, psychiatrists started saying "No, no, no, the right way to do this is to emphasize the gender differences."

SHK: How does a piece of clothing become gendered?

JP: The thing that fascinated me about the shift to pink becoming a girl's color is that it took so long. If you read descriptions of pink clothing, say the turn of the century, it's a pastel version of red and it's a strong color. A few generations later, they'll be talking about pink looking delicate and dainty. Well, it's the same color. So it's a process that happens in the cultural mind. But I say, stop looking for a light switch. Culture isn't like that.

SHK: When did unisex clothes then come back in fashion history?

JP: I think of unisex specifically as introduced in the middle of the 1960s and is kind of a thing up until the early 1980s, where you had these styles that are specifically designed for either boys or girls or men or women. It raised a lot of questions about gender roles and about what was natural as opposed to what was a matter of culture. And I think these are questions we're still grappling with.

I have a daughter who is in her mid 30s now and when she was little, she was at that last tail end of unisex clothing, so she was wearing primary-colored overalls and primary-colored long sleeved t-shirts and turtlenecks. She was in a store with me when she was about 5 months old and the cashier said, "Oh, how old is he?" and I said, "She's 5 months old." And I got a lecture about how my child was going to grow up confused because I wasn't dressing her like a girl. I think those conversations are still going on.

SHK: We’re seeing more of the high-end designers putting out unisex fashion. What do you think of this attention in the high fashion world?

JP: I think they're responding to an interest in their customers and in mass culture bringing up some of those same questions that were raised in the 1960s and 1970s of what does it mean to be male and female. I think we're already pretty much agreed that gender is not binary, that there might be a spectrum of how girly or how masculine somebody is. The thing that strikes me about today's neutral is the idea of what is unisex or agender or neutral is so constricted because there's so much now that's gendered. There isn't a whole lot of in the middle, what anybody can wear.

I look back at Sears catalogs from when I was a kid in the 1950s and there'll be several pages of play clothes for children and they show boys and girls wearing poplin pants with striped t-shirts and they're all the same. And there's no pink and no blue and no pastels, they're just all play clothes.

SHK: So is the future of fashion genderless, or gender fluid, or blurring lines somehow?

JP: I don't think we're going to end up with all neutral clothing because there really are times in a person's life and there are people for whom highly gendered clothing is very, very useful and is essential to their identity. Someone who is transgender, dressing in an almost stereotyped version of the gender that they are so that they might be more likely to want to wear a necktie or want to wear a dress because it's helping to support that performance of gender.

SHK: Jo, what are some kind of clothes you like to wear?

JP: Oh man. Well, my designers are Eddie Bauer and L.L. Bean. Right now I'm wearing brown corduroy pants from L.L. Bean and a long-sleeved shirt from Eddie Bauer and I have an entire wardrobe of both those things.

I like pockets. I'm a big fan of pockets, and I think the feminist issue for today is pockets.

SHK: I really agree with you on that. I think that some designers are addressing that right? More women are getting pockets.

JP: Yes. And that's a good thing. I really think it'd be great if people could wear what makes them feel comfortable, makes them feel like themselves. And like they belong to the group that they feel they belong to without being punished for it or ridiculed. That's a start but maybe that's the end game, too.