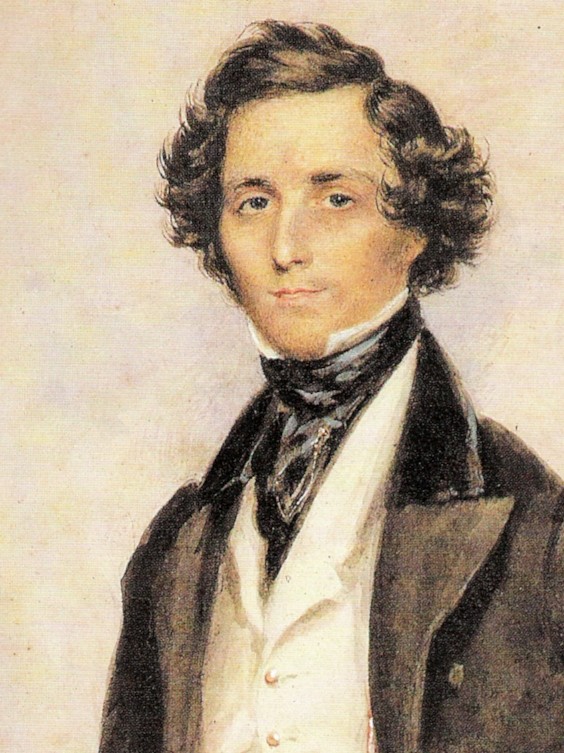 Hospitality and Then Some

At the age of 33 Felix Mendelssohn was a major celebrity in England. His fame was sometimes more than he could handle. On June 21st, 1842, he wrote from London to his mother in Berlin:

“Every day we see all kinds of beautiful and spectacular things. But I am a little worn out by the whirlwind of the past week, and I've spent most of the past two days lying on the sofa reading or taking evening walks through the fields.

“They're really asked a bit too much of me. Not long ago when I played the organ at Christ Church on Newgate Street I thought that I was going to suffocate because of the crowd pressing up against the bench.

“Several days later I had to play at Exeter Hall in front of three thousand people who cheered and waved their handkerchiefs and stamped their feet until the hall shook. I didn't feel any ill effects just then, but the next morning my head was spinning as if I hadn't slept all night.

“Add to that the pretty and very charming Queen Victoria, who looks so young and is so shyly friendly and polite and who speaks such good German and knows all of my music so well. Yesterday evening she sat near the piano and made me play for her -- seven Songs without Words, the Serenade, two impromptus on "Rule Britannia," Lutzow's "Wild Hunt" and :"Gaudeamus igitur." That last was sort of difficult but I wasn't about to argue, and since they gave me the themes, naturally I was able to play them.

“Add to all of that the immense popularity of my A-Minor Symphony and everyone's extraordinary hospitality and I get so dizzy that I have to get a grip on myself so as not to lose all self-control.”