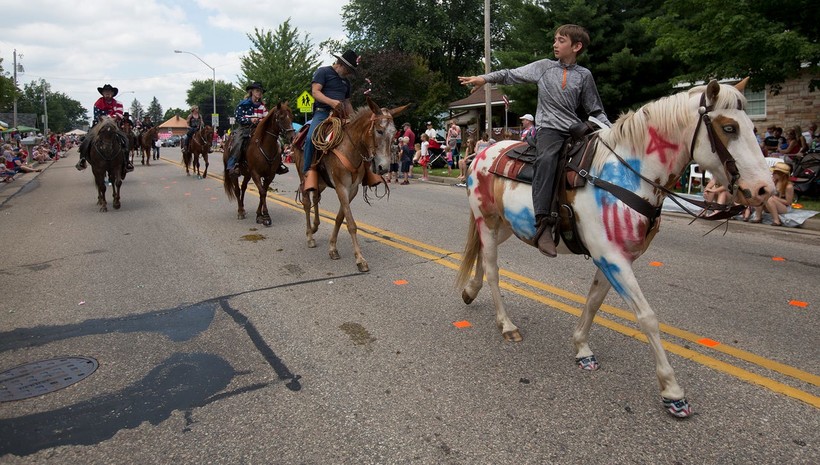 A youngster throws candy to the crowd from his horse during the Fourth of July parade in Pittsville.

Horses Hit The Spot In Fourth Of July Parade

Pittsville's annual Fourth of July parade is kind of a big deal. It's so big, in fact, that when the parade rolls through, it actually doubles the town’s population of 884.

This year will be no exception, with a theme of "Flying High on the Fourth of July," the 58th annual parade will feature a plane flying overhead alongside the usual staples like floats, firetrucks and horses.

Speaking of horses, there’s one Pittsville tradition that really sticks out — the "Road Apple" contest, which has been going on for 27 years. Attendees of the parade are invited to purchase stickers, at $1 apiece, that they place along the parade route. If one of the 30-some horses in the parade deposits a "road apple" on their sticker, the participant wins a cash prize. 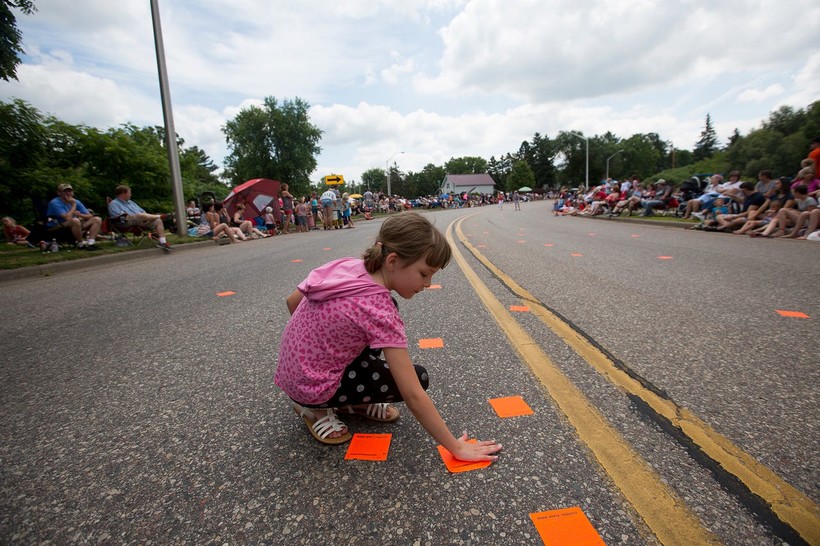 And what is a road apple? Horse poop.

"Direct hits get $25 and near hits get between $10 and $15," said Marv Kohlbeck. He and his wife, Sherry, are Grand Marshals of the parade this year.

Though he’s never won himself, Kohlbeck has been involved in 51 of the 58 parades.

"I’m kind of an old codger, but I’ve had a lot of good memories of a lot of good happenings in previous events," he said. "It’s kind of like a homecoming or family reunion because a lot of people do come home for this celebration."

If you travel to Pittsville — also known as the "exact geographical center of the state" — to celebrate the holiday, you can check out several other events surrounding the parade, including a run with proceeds benefiting the local fire department, a carnival, food and refreshments and live music.

The kiddie parade starts at 11 a.m. Thursday, July 4, with the official parade off to the races at noon.