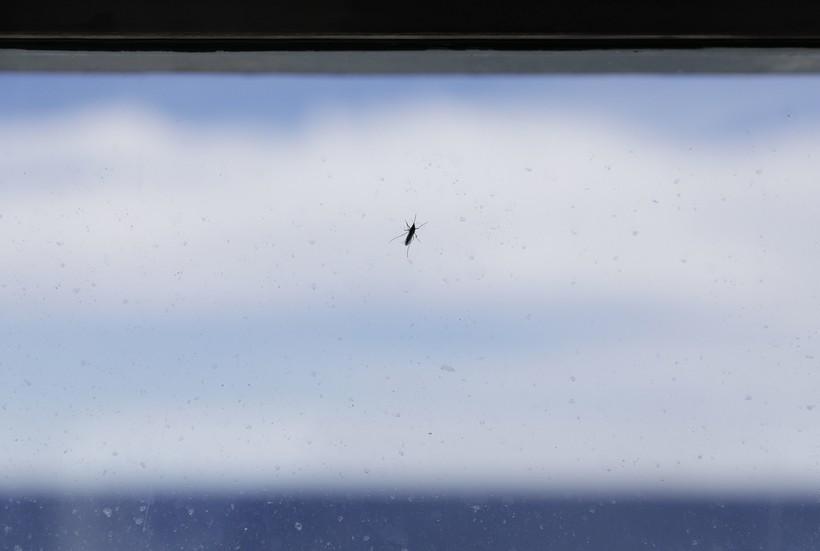 Hoping A Cold Winter Will Kill Bugs? Not So Fast

Entomologist: Most Bugs Are Adapted To Survive Extreme Cold
By Colleen Leahy
Share:

People who wish the cold winter would lead to less bugs in the summer shouldn't get their hopes up.

Bugs have all kinds of crafty and ingenious ways of surviving the cold, P.J. Liesch told WPR’s "The Larry Meiller Show."

Aside from the well-known strategy of skipping town for the winter (a favorite of monarchs and other bugs), some bugs produce cryoprotectants in the winter, which is basically antifreeze. Other bugs like to snuggle into caves, under rocks, into hollow logs, or into your house to survive the winter.

But what about that well-known foe to Wisconsin ash trees, the emerald ash borer, mosquitoes, and other pests like ticks?

Studies have found that in order for emerald ash borers to be killed off, it needs to be extremely cold for an extended period of time — about negative 30 degrees Fahrenheit for about three days, said Liesch, director of the University of Wisconsin-Madison Insect Diagnostic Lab.

It hasn't gotten cold this winter, and it may never get that cold, particularly for an extended period of time.

"So, hypothetically, if the entire state of Wisconsin got down to minus 30 for a couple of days, that could really do a number on emerald ash borer populations potentially," especially since these bugs don’t usually fly very far as adults, he said.

As for mosquitoes, there are more than 60 species of mosquitoes in Wisconsin, and they have varied ways of surviving the cold, Liesch said. Some mosquitoes go through the winter as eggs, a very resilient stage of life that can survive tough conditions and even sit for several years before hatching if the conditions are right, he said. Other mosquito species that spend the winter as adults can find their way into people’s homes and other warm spaces, he said.

Some bugs are able to survive the cold by staying in the warmer space where the snow meets the ground, called the subnivium, Liesch said.

"Things like ticks that are hanging out there (in the subnivium) might not be impacted a whole lot when there’s snow cover. Now, we could have a different story if we had brutal cold without snow cover. I would expect that to have much more of an impact on insects and ticks," he said.