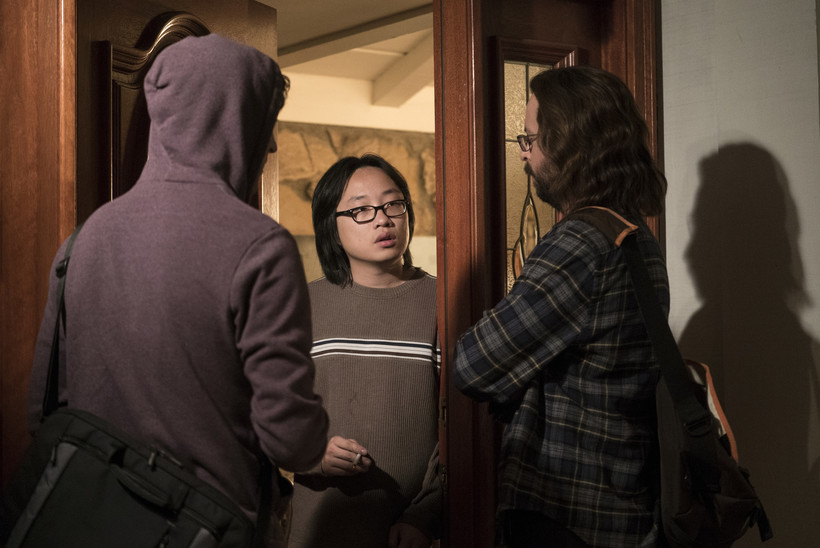 From Hong Kong To LA — Jimmy O. Yang's Journey To The American Dream

'Silicon Valley' Actor Outlines His Rise From Immigrant To Hollywood In Memoir
By Adam Friedrich
Share:

Jimmy O. Yang is best known for playing Jian Yang on HBO’s "Silicon Valley." The character reminds Yang of himself at an early age when he first immigrated to the United States.

"He’s an immigrant just like myself. I always felt like whenever I’m playing Jian Yang, I’m playing a version of myself 15 years ago," Yang said.

The comedian and actor is now a U.S. citizen and has authored his memoir, "How to American: An Immigrants Guide to Disappointing Your Parents."

Yang writes about how immigrating to this country paralleled a lot of the "outsider" feelings that he was having in his native Hong Kong. Born to parents from Shanghai, Yang and his family were mocked for speaking Cantonese with a Shanghai accent.

"So that was like some early lessons in like assimilation, ah, because I was not the Hong Kong kid really, even though I was born and raised there," Yang tells WPR’s "BETA."

When Yang arrived to the states at 13 years old, he found it just as challenging to assimilate in America while also finding new friends, learning a new language and a new culture.

"Just step by step, I tried to make myself as American as possible and a lot of it I learned from watching television," he said.

Yang consumed hours of the BET channel. He flowered while discovering the culture of the hip-hop and stand-up comedy the network specialized in. BET programming also became a main source of Yang learning English.

"It was just like these new art forms and everybody seemed so, like, having so much fun and so animated and cool," Yang said. "And that was like the version of America that I looked up to, that I wanted." Yang followed his passion into stand-up after a chance commencement speech by "Silicon Valley" creator Mike Judge at his graduation from the University of California-San Diego. Judge spoke about leaving a lucrative career in a field that he hated to take a chance in comedy.

"It was a pretty big impact I think, because my parents growing up — my dad used to always tell me 'pursuing what you love is how you become homeless,'" he said.

Best known for creating MTV’s generational avatars "Beavis and Butthead," Judge would go on to create iconic comedy films like "Office Space" and "Idiocracy." Yang drew on those words of inspiration and left an internship to pursue his comedy career.

In a twist of fate, Yang and Judge would cross paths again. Judge cast Yang in "Silicon Valley" giving Yang his big break.

Yang’s role in "Silicon Valley" put him on the map. He was able to land bigger roles and turned heads with a dramatic turn in Peter Berg’s acclaimed film documenting the Boston bombing attacks, "Patriots Day." On the red carpet for the premiere, Yang brought his proud parents for a front row seat to see him do what he loves. And in between taking selfies with star Mark Wahlberg, Yang's dad let his son know how proud he was of him.

"In the Asian culture we don’t really say (I love you), but when we do say it, it means so much," Yang said. "Now, my dad still hasn't said that to me, but sometimes he’ll say 'I’m proud of you,' and that means so much."