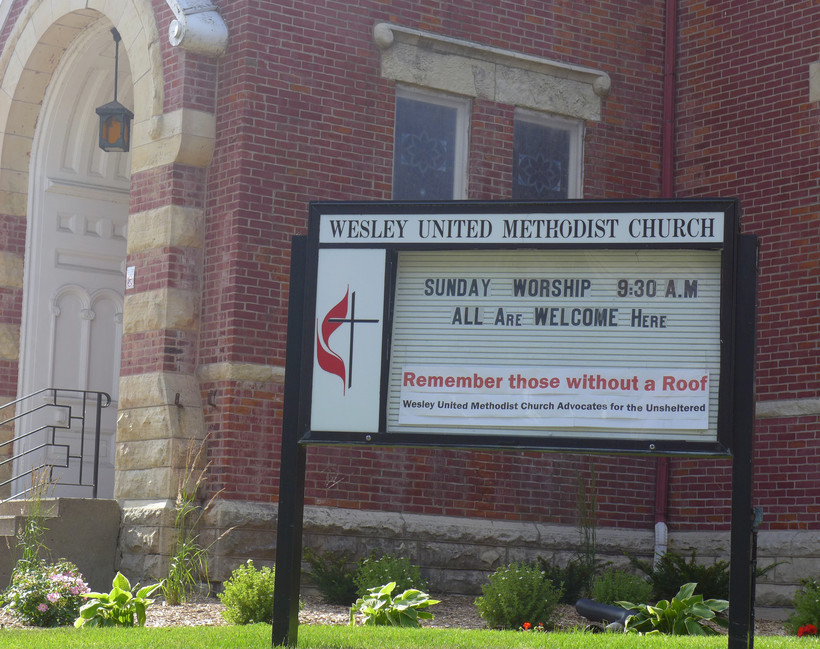 A Local Church Closes Their ‘Tent Ministry’ Due To Overcrowding, Other Issues
By Hope Kirwan
Share:

A church in La Crosse is closing its yard to the homeless due to increasing numbers and lack of insurance coverage.

These factors made the church feel like it could no longer provide a safe space for the unsheltered to sleep, TenEyck said.

"The saddest part about that is that according to our guests, this is the safest place in the community for them to be," she said.

Community members expressed sadness and worry Monday night over where the homeless can go during the evening.

There aren’t many options left for those without shelter, said Matthew Kinstler, a homeless veteran in La Crosse.

Lack of accommodations for unsheltered people can also be challenging for local law enforcement.

Community resource officer for the La Crosse Police Department, Joel Miller, said he and his partner work with the homeless community every day, but there isn’t a clear solution for people without shelter.

"It’s tough as far as the long term solutions go," Miller said when asked where the homeless can seek shelter. "That’s kind of part of the problem is that we don’t have a lot of legitimate safe places to direct them."

For now, Wesley United Methodist will no longer allow people to camp out on their lawn. The church hopes to work with local law enforcement to redirect anyone seeking shelter at the church to other resources, TenEyck said.