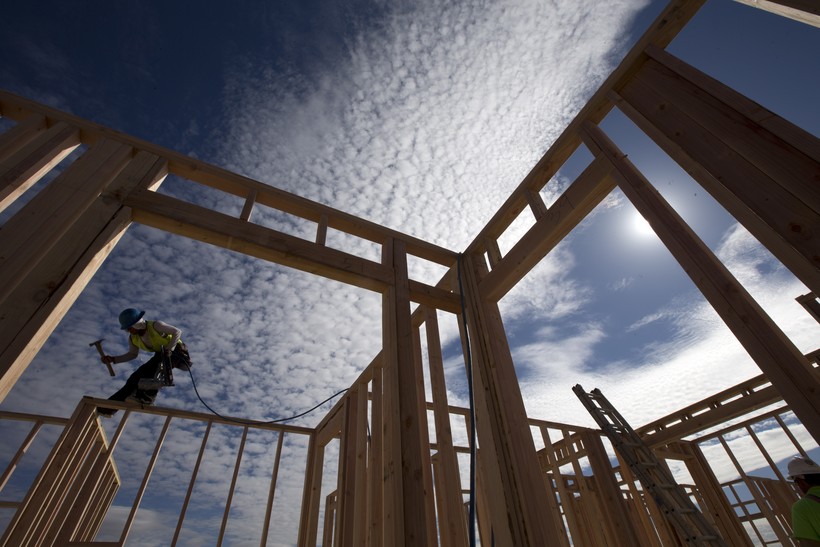 Construction was one activity in Wisconsin that never stopped during the pandemic. But COVID-19 has slowed down home construction and remodeling. Residential building permits dropped in Wisconsin by nearly 7 percent from March to April, according to a U.S. Census Bureau survey.

Residential permit data compiled by the state Department of Safety and Professional Services shows over a thousand communities across Wisconsin have issued residential building permits so far this year, but most issued fewer than 10 permits.

While not immune to the economic downtown caused by the coronavirus, Madison has seen less of an impact than many communities across the state.

"There was a slight downturn initially, but things have rebounded fairly quickly," said George Hank, director of building inspection for the City of Madison.

Curious about how much state-level residential building #permits changed from March to April 2020? See the attached graph! And stay tuned: May state-level permit data are coming on June 23. #AmericanHousingMonth https://t.co/nqtqTRYBf9 #Census pic.twitter.com/whxzjxYB8R

New home construction started off strong around the state in 2020. The first three months of the year were 20 percent above the first quarter of 2019, according to the Wisconsin Home Builders Association.

"When I have conversations with members throughout the state they are busy, continue to book new business and foresee a pretty strong summer," said Wisconsin Builders Association Executive Director Brad Boycks.

Building permits for private housing across the United States increased 14 percent in May from April, but were nearly 9 percent below May 2019, according to statistics released this week from the U.S. Census Bureau and the U.S. Department of Housing and Urban Development.

In May, the City of Madison issued 35 building permits for single family homes, compared to 24 in April. Five permits for 341 apartment units were also issued in May, which Hank describes as a good month.

"I’m always kind of waiting for the shoe to drop, wondering how long this will continue because we have been very active for the last 3 to 5 years," said Hank. "When the recession hit in 2008, things slowed down and then came back, and we have been routinely doing anywhere from 28 to 25 single family homes a month over last 3 to 4 years."

Construction was considered an essential business under the state’s "Safer at Home" order which began March 25 and ended on May 13 when the state Supreme Court struck it down.

But some municipalities did not consider all construction essential and home remodeling projects were put on hold in Madison.

"There was actually a lot of demand for that at the time especially from owner-occupants who maybe were on furlough or weren’t working," said Hank.

Now people can finish their family room in the basement or redo the kitchen, as Hank says the city has resumed issuing permits for remodeling projects in single family homes. The Wisconsin Builders Association said other municipalities had a different interpretation of the state's order and continued indoor remodeling projects.