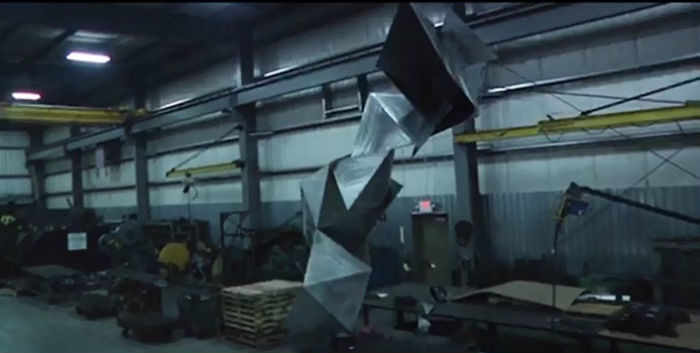 Group Will Help Dedicate Statue Made By A Milwaukee Artist
By Chuck Quirmbach
Share:

About 40 descendants of Holocaust survivors are heading from Wisconsin to Poland to memorialize millions of Jews and others who were killed by the Nazis more than 70 years ago.

The Holocaust didn't just occur in Nazi concentration camps. Many other Jews were shot in rural areas or cities. Members of the Milwaukee Jewish Federation are visiting one of the so-called "killing fields" located near Krakow, Poland, this week to dedicate a 17-foot tall sculpture made by Milwaukee artist Richard Edelman from broken Stars of David.

Tour attendee Michael Taibleson said some of his older relatives died during the Holocaust.

"This is not a fun trip," he said. "This is not something I take on lightly. I take it on with difficulty (and) a sense of obligation."

Taibleson has been chosen to blow a ritual horn called a shofar into the sculpture during the dedication.

The tour will also meet with the Rev. Patrick Desbois, a noted Holocaust scholar, who spoke in Milwaukee earlier this year.