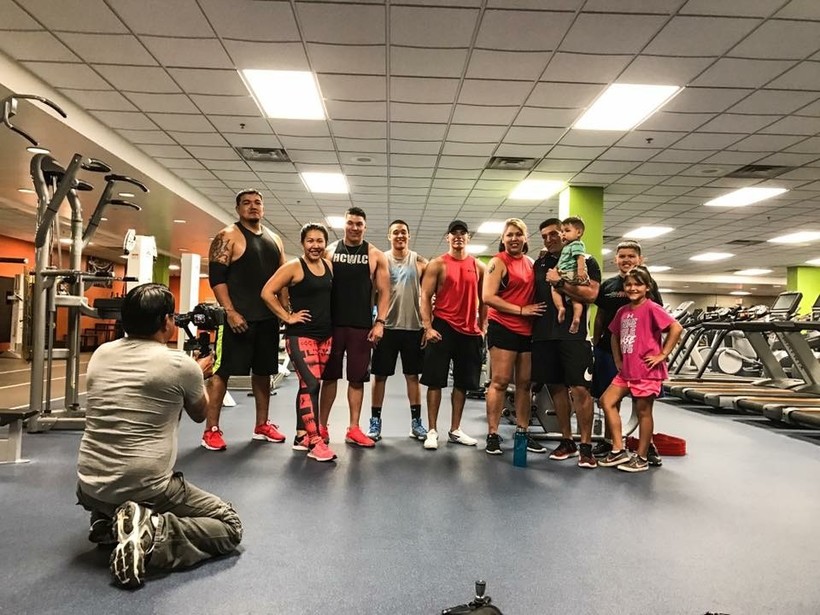 After the loss of his uncle, who was like a father, Roberts began to spiral. He turned to drugs and alcohol. He gained weight. He was losing control.

In an attempt to find grounding, Roberts entered a drug and alcohol rehabilitation center. But it was in the center's weight room where he found his epiphany.

"It was like something almost calling to me," Roberts said.

He had lifted weights before, back in high school. In this vulnerable place of recovery, weightlifting was comforting. It was something familiar.

"In a drug and alcohol rehabilitation center you get to see some of the most damaged people out there. It’s so much deeper than a lot of people think," Roberts said. "I think a lot of people have this notion that, 'Oh, why don’t you just stop?'"

Soon after, another death in the family rocked him again. He fell back into a dark place. But this time, Roberts turned back to exercise.

Roberts, a member of the Ho-Chunk Nation, is convinced physical fitness can help others who are struggling, just like he was. He formed the Ho-Chunk Weightlifting Club in Baraboo, along with his wife, to spread that message to fellow tribe members.

The group started informally, with just a few T-shirts and some meeting times. But steadily, it has gained a following.

"The weight that we lift isn’t always that of iron. It’s of each other, it’s each other’s spirit, each other’s confidence," Roberts said.

He hasn’t always been so open about his life story. But Roberts said he started to share it when he realized many were going through the same struggles he was, and looking for a way to manage it.

He says he values weightlifting for giving him focus. Overcoming obstacles in the weight room transfers to real life.

Research has shown that exercise can help ease depression and anxiety, by releasing feel-good endorphins in your brain.

Roberts says weightlifting isn’t for everyone. But physical fitness is, he says, and he’s confident there’s a right fit for every person. Just start moving.