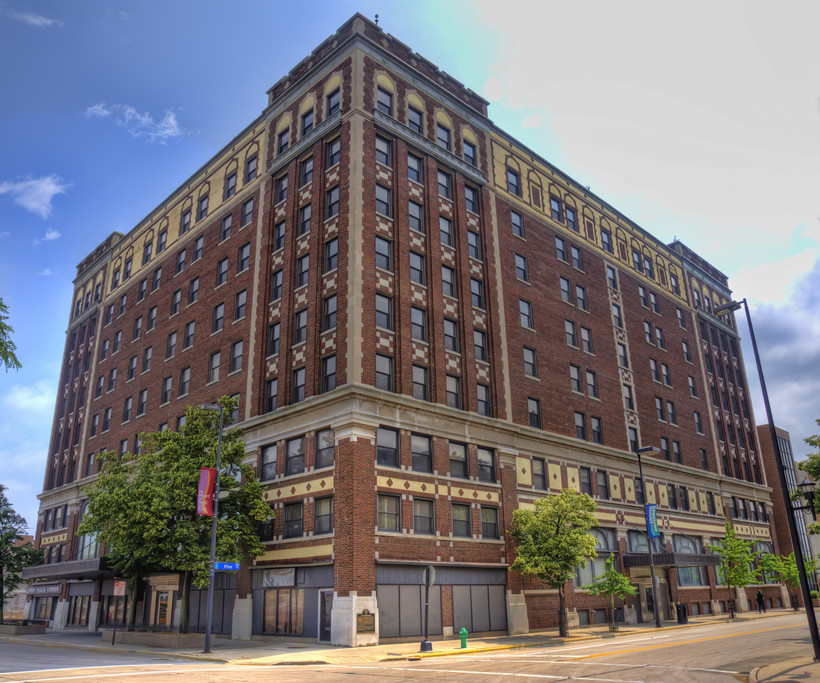 A historic hotel is reopening in downtown Green Bay.

The Hotel Northland was built in 1924, but in 1980, the brick building was turned into low-income housing. Now, after an estimated $50 million rehabilitation effort, the hotel has been returned to its former glory — complete with a ballroom.

The Northland takes up a big chunk of downtown Green Bay real estate. It also holds a big space in the hearts of people who grew up and lived in the area.

Mary Jane Herber, a local historian and genealogist with the Brown County Library, said the hotel provided accommodations that let the city play host to political events and conventions. She said at the time, it was considered one of Wisconsin's most up-to-date hotels. It also hosted large weddings and proms.

Of course, Herber said it also has a Green Bay Packers connection.

"Curly Lambeau stayed here and lived here for a while. Many of the out-of-town teams stayed here. When the Bears came to town, they stayed here," she said.

Famed head coach Vince Lombardi also stayed at the Northland. Herber said the hotel also allowed players of color to stay there in the 1950s, an uncommon practice for high-end hotels at the time.

For the residents that called Northland home when it was converted to housing, they have been relocated by the city to new apartments.

Green Bay Mayor Jim Schmitt said he hopes the reopening of Northland will help spur a revival in the city's downtown, which has already seen a resurgence in dining establishments and condominiums.

He told a Valentine’s Day crowd that the hotel has a special place in many residents' memories.

"So many people have come up to me and shared their memories about this historic hotel, be it their wedding or (where) they had met," he said.

Schmitt met with employees recently and said that he told them that "our job now is to create those memories for the next 100 years."

Herber said years ago, the hotel’s Walnut Room bar was a place for movers and shakers to meet and make business deals. The Walnut Room is now back in business.

The Hotel Northland is operated by the Marriott chain and is one of its upscale "Autograph" properties.