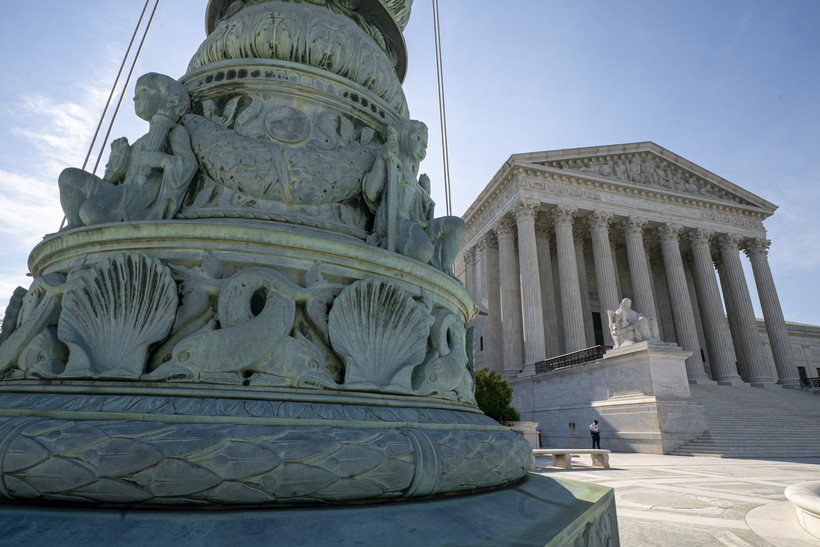 A Wisconsin drunken driving case, which went all the way to the U.S. Supreme Court, was decided Thursday with justices narrowly upholding the state's implied consent law. The law states that police officers can draw blood from unconscious motorists.

The court ruled 5-4 that the state law is constitutional and doesn't violate the Fourth Amendment against unreasonable searches.

In Wisconsin, motorists are presumed to have consented to a blood draw simply by taking the wheel. Failure to do so can result in losing your license.

In 2013, Gerald Mitchell was arrested by a Sheboygan police officer who found him walking along the shore of Lake Michigan. Authorities went looking for him after getting a call that Mitchell appeared to be intoxicated and was getting behind the wheel of a van. Police arrested Mitchell and took him to a hospital where his blood was drawn after he had become unconscious. According to court records, his blood-alcohol content at the hospital was 0.22, nearly three times Wisconsin's legal limit of 0.08.

"This particular gentleman drank so much that he passed out. All too often, that is the case. If (police) have to wait for them to regain consciousness then what you're going to have is their blood alcohol, the evidence, is going to dissipate by the minute," said Adam Vanek, CEO of Mothers Against Drug Driving. The group filed an amicus brief in the case supporting police.

Libertarian groups the Cato Institute and Reason Foundation, in addition to the American Civil Liberties Union, filed briefs in support of the defendant, citing the right to privacy under the Fourth Amendment.

"An unconscious person cannot freely and voluntarily consent to a search. For consent to a search to be truly voluntary, the individual providing consent must have the freedom to change her mind," wrote an attorney for the ACLU who argued that the harm of driving while intoxicated is indisputable but states have other means to combat driving under the influence.

But Justice Samuel Alito, who wrote the high court opinion, said police might not have time to get warrants in drunken driving cases.

"In the emergency scenarios created by unconscious drivers, forcing police to put off other tasks for even a relatively short period of time may have terrible collateral costs. That is just what it means for these situations to be emergencies," he wrote.

Wisconsin Attorney General Josh Kaul applauded the decision in a written statement, saying, "This law helps protect communities from impaired drivers. We are pleased that the U.S. Supreme Court had upheld a Wisconsin law that promotes public safety."