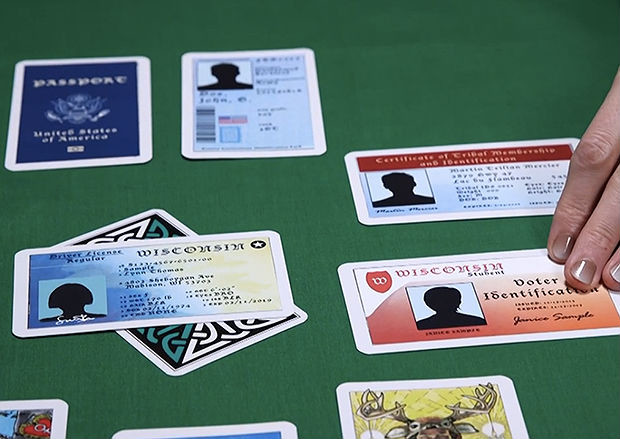 Change Would Eliminate One Registration Pathway
By Scott Gordon
Share:

Wisconsinites are hearing some familiar arguments lately about a pending change in the state's election law, with proponents saying it will streamline the democratic process in Wisconsin and others saying it will undermine low-income and minority voters.

No, this change is not about Wisconsin's voter ID law, which has been variously in effect and suspended by the courts through the many elections Wisconsin has held since Act 23 passed in 2011. But now arguments echoing those in that debate are resurfacing over the seemingly ordinary matter of online voter registration.

A bill recently passed by the state Senate (SB 295) would establish online voter registration in Wisconsin. Currently, 30 states and the District of Columbia offer online registration, and Florida and Oklahoma have passed bills to do so (though haven’t implemented their systems yet), according to the National Conference of State Legislatures. But Wisconsin's bill adds another element: eliminating registration via special volunteer deputies.

In a Feb. 12, 2016 interview with Wisconsin Public Television's "Here And Now," Andrea Kaminski of the League of Women Voters of Wisconsin, said the state would be the first to pass an online-registration bill with such a provision.

"The way this bill is written, the online voter registration is exclusive," Kaminski said.

Noting the League "heartily supports" online registration on its own, Kaminski said that the additional provision would exclude people not already in the Wisconsin Division of Motor Vehicles' database from registering via a computer, smartphone, or tablet.

Currently, people without a drivers' license or state ID can still register to vote using their Social Security number, or with other forms of identification and/or proof of residence.

"If this bill goes through, our registrars can take an iPad or something kind of tablet and they can help people register, but they will still have to have then a photocopy of some kind of documentary proof of residence that they have to mail in," Kaminski added.

In the interview, Kaminski pointed to the voter ID debate.

"There's good evidence that there are some 300,000 currently registered Wisconsin voters…. (who) probably don't have a Wisconsin ID or driver's license. Therefore they are not in that DMV system," she said.

She noted that people in this situation are more likely to be minorities, older, disabled, or low-income.

The bill's main sponsor, state Sen. Devin LeMahieu, R-Oostburg, pointed out on the same edition of "Here And Now" that Wisconsin will still have same-day voter registration, and said the bill will make it easier for Wisconsinites to register to vote. "Because of the bill, there is absolutely no need for special registration deputies anymore," LeMahieu said, citing the cost and effort of processing on-paper voter registrations.

LeMahieu also expressed confusion over Democrats' objections to the bill. It’s true that several Democratic state senators and representatives signed on as co-sponsors when the bill was introduced in October 2015, but all withdrew as co-sponsors within days. One of them, Sen. Fred Risser (D-Madison), has since called the bill a "bait-and-switch."

It remains to be seen whether online registration could breed the same degree of uncertainty that voter ID has about what laws are actually in effect and how to comply with them. Voter ID will be in effect during Wisconsin's Tuesday, February 16 primary election, and for the foreseeable future, barring any new reversals from the courts. For those seeking more information about how to meet the requirements of voter ID at the polls, the state is presenting a guide and PSA campaign via bringit.wisconsin.gov, and WPT's Andy Soth and Jennifer Hadley have prepared this delightful breakdown.