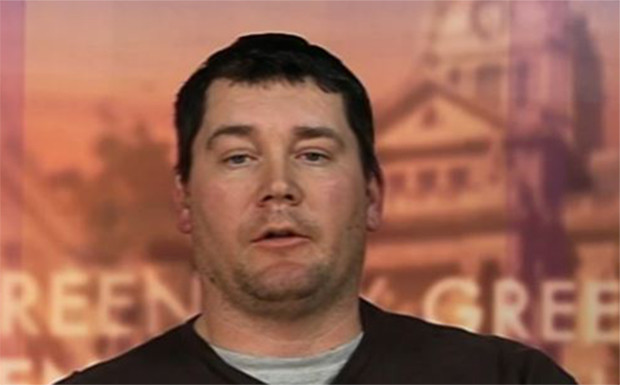 Town of Lincoln Board Chair Cory Cochart: "I don’t believe residents of the county should be forced into something like this."

In recent years, the smell, environmental impacts and human health risks of spraying liquefied manure over crop fields has raised questions and concerns among a growing number of Wisconsin residents. Manure irrigation is not a new practice, but the boom in Concentrated Animal Feeding Operations around the state and development of new spraying practices have spurred several local governments around the state to enact moratoriums or altogether ban the practice.

The University of Wisconsin-Extension-led Wisconsin Manure Irrigation Workgroup of academics, state regulators, county-level health officials, farmers and ag industry representatives spent the last three years assembling a 122-page report that seeks to pull together empirical data about the effects of manure irrigation and recommend best practices for conducting spraying and minimizing its consequences. As Wisconsin Public Radio reported, the group's 18 members don't agree on everything — one even asked to have his name taken off the report — and critics are already saying it doesn't dig far enough into the potential problems.

Neighbors of farms engaging in manure irrigation have raised worries about getting sick from bacteria in the manure — either through airborne dispersal or through water pollution — and about the smell making their communities less appealing places to live. At least 10 county and  town governments in Wisconsin had placed restrictions on the practice by late 2014, according to environmental advocacy group River Alliance of Wisconsin.

In an April 15 interview with Wisconsin Public Television's "Here And Now," Town of Lincoln board chair Cory Cochart explained why his community in Kewaunee County has banned manure sprying. A farmer himself, raising hay, grain, and beef cattle, Cochart said the town board faced threats of lawsuits from CAFO operators and the dairy industry while considering its ban, but nevertheless passed it in March 2015.

"(We) basically determined that it's a nuisance based on a number of reasons," Cochart told host Zac Schultz.

During the interview, Schultz brought up the possibility that state lawmakers could pass a law preempting local regulations — something they've done on issues ranging from plastic bag bans to rules for landlords. But Cochart said he remained committed to the Town of Lincoln's ban. "I don't believe residents of the county should be forced into something like this that could potentially have long term effect on their health," he said.

Cochart also criticized the new report for not delving enough into potential long-term health effects of bacteria and viruses being dispersed through the aerosolized manure sprays. "I just think there could have been a lot more done into, especially respiratory (problems) and things like that — what it's gonna do to the air quality," he said.

Manure irrigation workgroup member and UW-Madison urban planning professor Ken Genskow, in a separate "Here And Now" interview on April 15, replied to criticisms about the scope of the report's health inquiries. He said that the workgroup's members had to balance a lot of different issues and concerns. Genskow also said that there are ways for manure irrigation operators to reduce how far pathogens can travel, such as by adjusting their equipment to spray larger droplets that can't drift as far.

Genskow said the workgroup found that as far as pathogen contamination was concerned, a person located 500 feet or further from a manure spray source would incur risk equivalent to what's acceptable under federal drinking-water regulations.

Although the report itself doesn't always arrive at a consensus on what to do about manure irrigation, Genskow hopes people around Wisconsin will find it useful as localities continue to decide how to respond to the practice. "We wrote this report with the intention of those audiences being able to use this information in those local conversations," he said.

More farmers are looking to use manure irrigation on their fields, reported WPR. Meanwhile, discussion will be continuing on the state's report and local regulations. The workgroup issued its findings on April 14 — read and watch its presentations, including one focusing on airborne pathogens — and a follow-up session is planned for May 16. A summary of the report is available in a fact sheet published by the USDA.