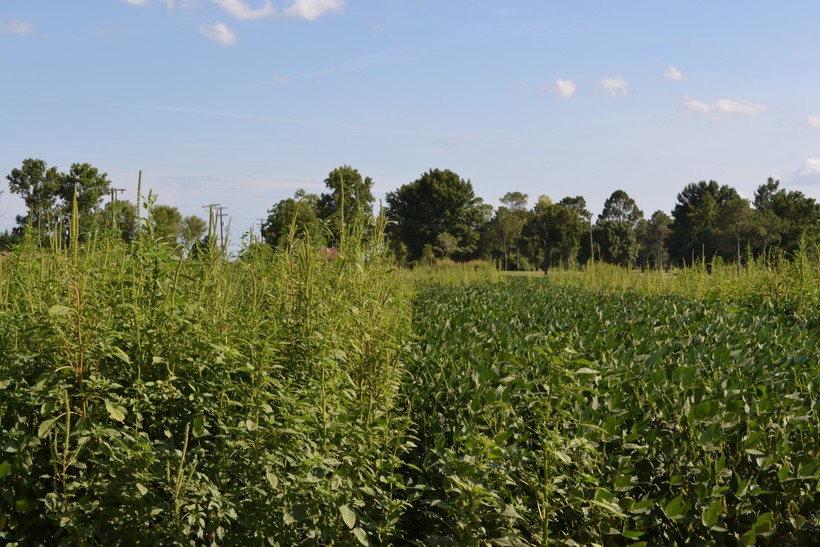 Palmer Amaranth, an herbicide-resistant weed seen here in a soybean field, has been found on two Wisconsin farms.

Researchers and farmers are closely watching two types of herbicide-resistant pigweeds that have begun sprouting in Wisconsin.

The Palmer Amaranth has wreaked havoc on cotton and soybean farms in the south and has been found on two southern Wisconsin farms. Water hemp has become increasingly problematic in the state, with fields completely resistant to glyphosate, also known as Roundup.

“Switching up the different types of herbicides is the number one recommendation, but it’s about diversity in the system,” he said. “Anytime we increase diversity, including crop rotation, will help slow the process of herbicide resistance development.”

Davis said the weeds can cause major problems for farmers, especially in corn and soybean fields, and preemptively managing the weeds can be costly, but he said it’s a wise investment.

“Once a resistant species has developed, the farmer often times has a substantial hit in yield that first year the problem occurs,” he said. “Then, you have to pay for the reactive management versus the proactive management, it costs even quite a bit more.“

Davis said farmers could end up spending up to $40 per acre dealing with herbicide resistant weeds. If a farmer finds these weeds, he said,  they should contact their local UW Extension office.