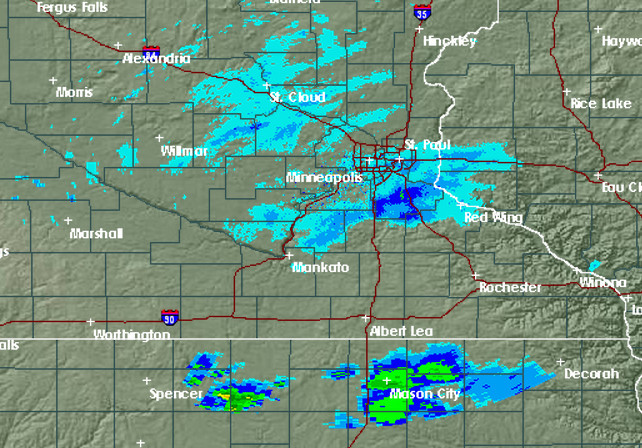 Heavy Rains Could Mean Heavy Flooding In Parts Of State

Some Wisconsin emergency officials are concerned that heavy rains will lead to major flooding in parts of the state.

The National Weather Service (NWS) has put much of Wisconsin under a flood watch or warning. Up to four inches of rain is expected in some spots tonight and tomorrow, especially in southern Wisconsin. State Emergency Management spokeswoman Lori Getter says the heavy rains will push low lying areas of a handful of rivers beyond their banks.

"There is a possibility for major flooding. Especially along the Fox and Rock River, there's anticipation that the level could be higher than the flooding in 2008. So this could be some record flooding along these rivers."

The Black River and Trempealeau River are also being monitored for potential flooding in low lying areas. The NWS says along with the heavy rain, several inches of snow are expected to fall in northern Wisconsin. Once that melts, downstream rivers and tributaries could rise again.