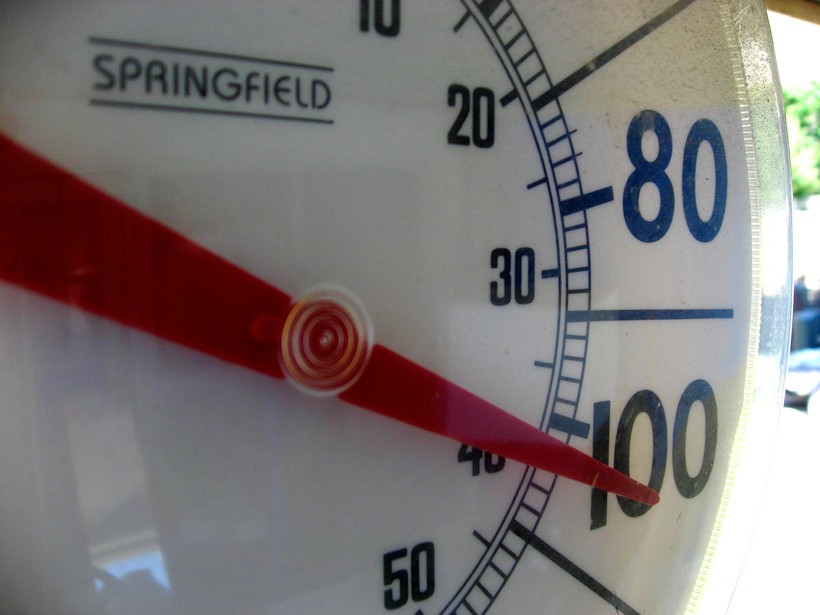 With A Heat Wave Coming To Wisconsin, Expert Explains What’s Behind It

The National Weather Service issued an excessive heat watch for the southern half of Wisconsin from Thursday until 7 p.m. on Friday, with the heat index expected to top 100 degrees. Heat index is a combination of heat and humidity, so it’s higher even though daytime temperatures will be in the low-to-mid 90s.

One of the factors contributing to the heat wave is drier than normal conditions, said Michael Morgan, a professor in the Department of Atmospheric and Oceanic Sciences at the University of Wisconsin-Madison. Drier conditions mean drier soil. When soil is wet, the radiation from the Sun helps evaporate that water before it begins heating the ground.

"Because we’ve had slightly drier conditions, a lot of the solar radiation is going directly to heating the ground, which ultimately will heat the air above the ground. And so the dryness that we’ve had is going to exacerbate the problem," Morgan said.

Increased humidity also plays a role. Water used in irrigated crops south of Wisconsin is released into the air, which increases dew points and makes the air more humid. That air can then travel north, leading to more humid conditions in Wisconsin.

Corn in particular is a water-intensive crop and agriculture more broadly can lead to conditions like the excessive heat warning, according to Morgan.

Morgan stressed the need to stay hydrated and to keep as cool as possible during this kind of heat.

"Our body already has a natural way for us to cool off, and that’s through just perspiration, sweating, and that sweat as it evaporates helps to cool our skin," he said. "But when the air is so humid and our body is trying to cool off, the perspiration, the evaporation process is compromised, it’s weaker because it’s less effective, and so our bodies can feel much warmer and that can lead to serious illnesses."

While the heat watch lasts, do what needs to be done outdoors in the early morning or after the sun goes down, stay hydrated, don't spend much time in the heat and wear light or loose clothing, Morgan said.