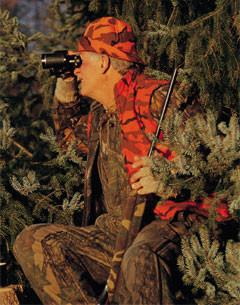 Critics continue to pound a Republican-led effort to allow more hunting and trapping in Wisconsin state parks and trails. Changes to the proposed rules are likely.

The DNR can only change so much as it shapes operational rules for the so-called Sporting Heritage Act. Republican lawmakers and Governor Walker insisted that state parks be more open to hunting and trapping than closed, reversing decades of state policy. That's brought out a wide variety of park and trail users to public hearings, to ask that hunting and trapping be extremely limited. Michael McFadzen is with a consortium of cross-country ski clubs. He said in Milwaukee Tuesday night that the hunting and trapping plan is irresponsible, "This reckless amendment will likely decrease park and trail use."

Waldo Peterson is on the board of the Friends of Wisconsin State Parks. He says listen to the critics, "Limit those areas open to hunting and trapping as much as possible."

A consortium of hunting groups, the Wisconsin Wildlife Federation says it also wants a few changes to reduce public conflict and boost safety, and a Walker appointee to the DNR board, Greg Kazmierski says he'll look at possibly separating when hunters and non-hunters use the parks in fall, winter and spring, "I'm kind of looking at defining the time real specific and give people the choice."

The DNR board may vote on the state park rules next month.