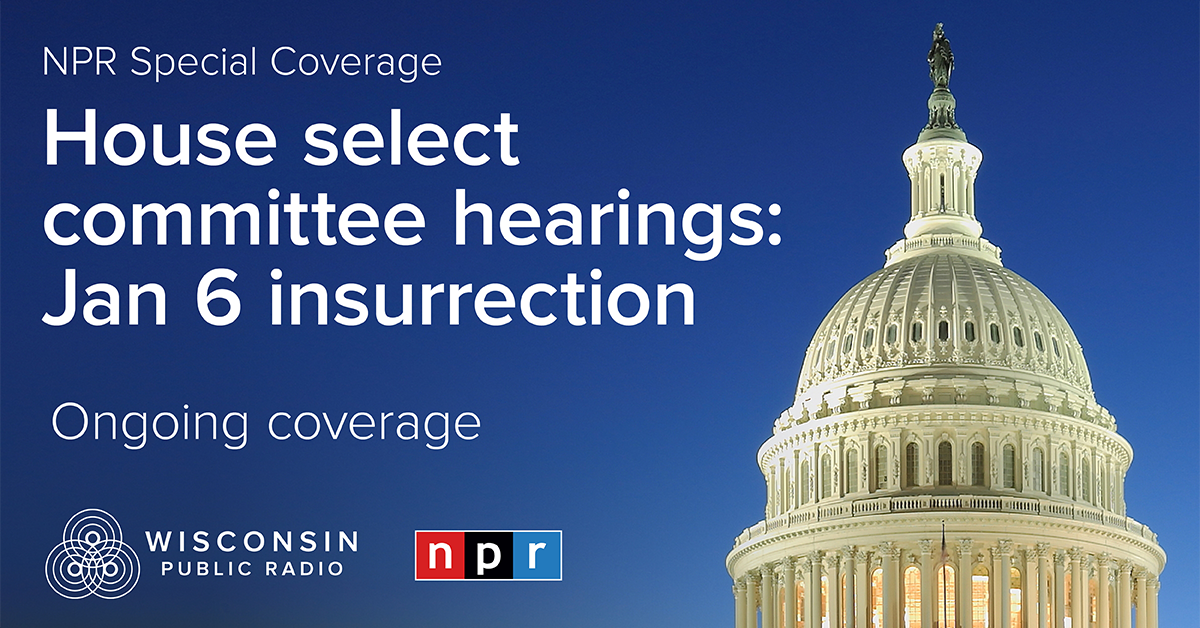 WPR will continue to carry NPR's coverage of the hearing before the House committee investigating the attack on the U.S. Capitol. WPR will carry the hearing on NPR News & Music and The Ideas Network stations and streams when the committee is in session.

WPR will broadcast the next scheduled session. There is no hearing scheduled at this time. Check back for updates on NPR’s Special Coverage.

This live special coverage will preempt regular weekday programs on The Ideas Network and NPR News & Music stations and streams. Our All Classical Network will carry regularly scheduled classical music on the stream.

Please note/language advisory: As with previous Congressional proceedings regarding the events of January 6, we expect video of the attack on the U.S. Capitol to be played during these hearings. NPR does not have advance details of what will be in these videos. However, past video has been full of depictions of the attack itself; including violent clashes, loud noises, shouting and profane language. NPR hosts and correspondents will advise listeners of the content of these recordings ahead of and during playback, and will verbally describe what is being seen on screen. NPR will not silence or bleep the playback of these recordings, as they are a part of the historic record in this Congressional hearing.

This announcement will be updated as plans for the hearing, and NPR's coverage, are scheduled.