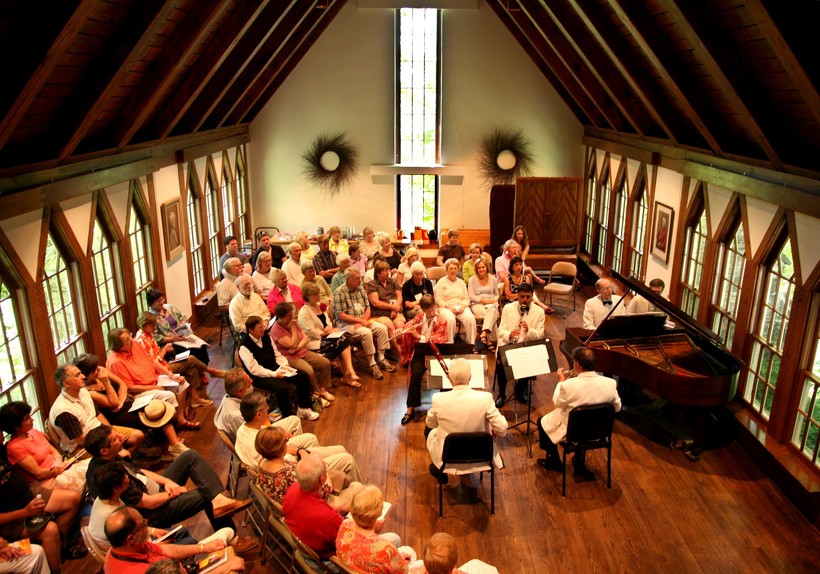 Festival organizers suggested an arrangement for chamber ensemble, and it’s this version that features in the broadcast. It includes a number of references to Door County places and businesses, along with nods to Norwegian folk music.

People can also listen again to most shows online. Check out the complete archives here.