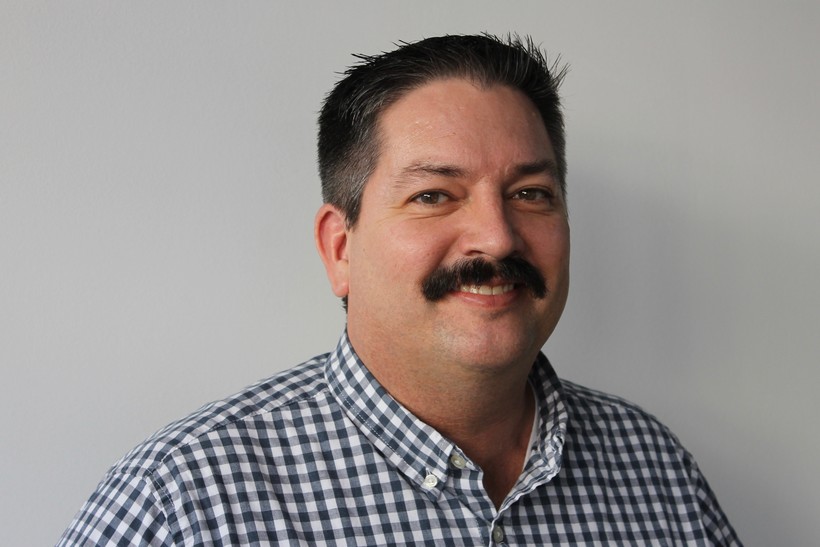 Randy Bryce is one of two Democratic candidates facing off in a primary to get closer to serving as the next 1st Congressional District representative, which covers portions of Wisconsin including Janesville, Racine and Kenosha.

Bryce, an ironworker, former union organizer and veteran, is facing Cathy Myers in the primary election Tuesday, Aug. 14 for the seat vacated by U.S. Rep. Paul Ryan. Either Bryce or Myers will go up against the winner of the Republican race in the November general election. The Republican candidates are Paul Nehlen, Nick Polce, Jeremy Ryan, Kevin "Adam" Steen and Bryan Steil.

In an interview with WPR's "Central Time" host Rob Ferrett, cancer survivor Bryce said better access to health care would be his number one focus as a congressman.

Rob Ferrett: What would you tell people about your campaign?

Randy Bryce: It's a people-powered campaign and it's pretty much a united democratic effort. It's great to know that I have the support of my neighbors and coworkers. I've been a lifelong resident of the area, served in the Army, been very involved with labor activities and with veteran issues, as well.

We need to get more working people elected to Congress. Right now in Congress, over half are millionaires and don't understand what it's like to struggle. So I'm looking forward to going and representing the hardworking people of Wisconsin's 1st District.

RF: If you're elected, what key issues would you focus on?

RB: At the top of the list is health care.

Having been diagnosed with cancer and not having insurance, I know how it can really put somebody into the hole. Not only that, but my mom has MS, my dad has Alzheimer's, and it's an issue that's always being brought up on the campaign trail — people not being able to afford their medications or even just see a doctor. When the choice is to either buy groceries for food or go get something medically taken care of, that shouldn't be a choice that people have to worry about.

I'm in favor of Medicare for all. Right now we're paying for insurance that we can't afford to use. We're going to have to pay for people's health insurance who aren't covered. We're doing that now with higher premiums, so it just makes so much more sense to let people get covered now, so you can go see a doctor, get regular checkups and get in the mindset of seeing a doctor at least annually, so you can find a problem before it gets to be too big.

RF: You've taken heat in the past because of arrests including marijuana possession, drunken-driving and back child support. What do you tell people about that?

RB: I take full responsibility for that. I had too many beers and got behind a wheel. And when I went to get that taken care of, I didn't hire an attorney, I told the magistrate I did something wrong. I'm here to accept my punishment and make things right. That was 20 years ago, and I'm not the same person I was 20 years ago.

With the child support, there were times it was hard. When you're working outdoors to make a living, there's not always work available, especially in a cold Wisconsin winter. So I'm grateful I was able to work with my ex-wife. We put our son first, and she even wrote a statement asking that people not make this into a political issue.

I do understand struggles that working people face. That gives me more credibility to go and fight for people that also have to face these issues. People know that I'm going to stand up for them because I know what it's like and how hard it is to make it.

RF: You started your campaign as a challenger to House Speaker Paul Ryan, who represented the district for nearly 20 years. How do you think he's served people in the district?

RB: While he started off as a nice guy, nobody has done more to attack those programs since he's been in than Paul Ryan. He wants whoever follows him to continue in his footsteps and we can't allow that to happen. These are issues that are too important to the hardworking people of the 1st District.

RF: What are some of your key points on immigration issues?

RB: Number one is we need to have a clean DREAM Act. These are hardworking people that are already in the country. When it comes to the Dreamers, this is the only country they've ever lived in.