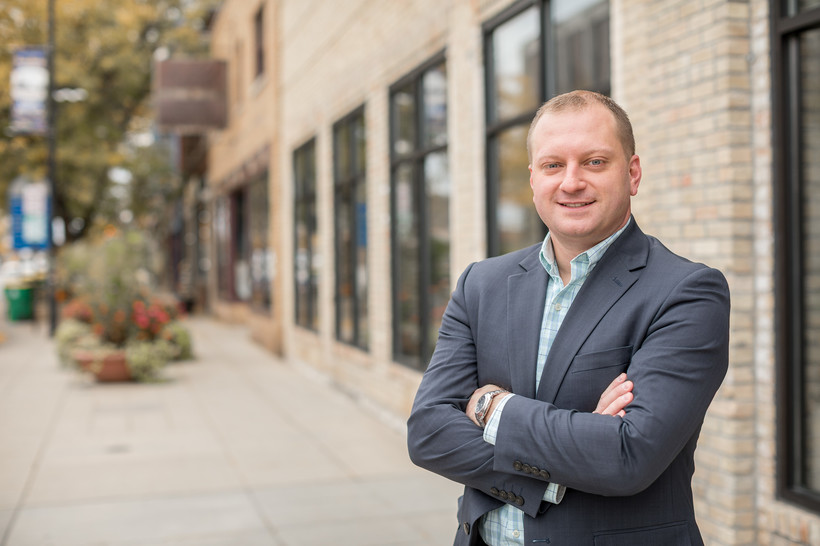 Beau Liegeois, Photo courtesy of the Beau for Congress campaign. 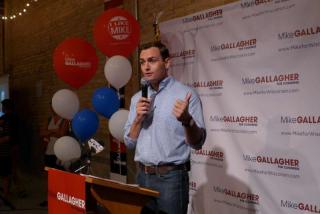 Protecting health care and people with pre-existing conditions is a top concern for Beau Liegeois, a candidate for the District 8 U.S. House of Representatives seat.

Liegeois, a Democrat, is facing incumbent Republican U.S. Rep. Mike Gallagher in the Nov. 6 election in hopes of serving the congressional district, which covers northeastern Wisconsin, including Door County and the cities of Appleton, Green Bay and Marinette.

A prosecutor in Brown County, Liegeois said his 10 years of experience as a career prosecutor and his service in the Wisconsin Army National Guard has helped prepare him for working on both sides of the aisle in Congress in an interview with WPR's Rob Ferrett, the host of "Central Time."

Beau Liegeois: It's all about health care. That is the first thing that people bring up. There was an attack on our health care system in May 2017 — the U.S. House of Representatives voted to take away health care from millions and millions of people and take away our protections from discrimination for our pre-existing medical conditions. And people are concerned that there's going to be another attack again next year.

I will be working with anybody on both sides who wants to increase access to affordable health care. And I will absolutely be protecting people with pre-existing medical conditions, which is the law of the land right now because of the Affordable Care Act, and that is non-negotiable for me.

Additionally, we have significant water quality issues in my district. In parts of the district, you can't even drink the water coming out of the kitchen faucet in homes that rely on wells, and that is totally unacceptable in the 21st Century in the U.S. We also still have issues with the Fox River leading into dead zones in the Bay of Green Bay.

I don't think that we should be building a wall, but I do support giving our Border Patrol the tools that they need to secure our border, and I think that's in the form of increased staffing — whatever they believe is necessary to maintain security at the border — and to rely more on electronic surveillance and other types of surveillance to secure the border.

BL: The present administration and the present Congress is a total fiscal disaster. You can't significantly cut revenue and increase spending and think that you're not going to balloon the federal deficit.

We need to actually have corporations pay normal taxes, the same as my family does and other families do. They barely pay any taxes in this country right now anymore because of that massive corporate tax giveaway last year. I'll be fighting for a tax code that works for the middle class and not for corporations.

If I were in the House, I would have brought corporate CEOs to testify in front of the House of Representatives and open public hearings and have them testify about what they were going to do with their tax savings. I would want them to say under oath that they're going to pass it down to real wage growth; not these one-time bonuses that some corporations gave, but a real genuine wage growth.

BL: This is the No. 3 issue in our district this year after health care and water quality. Tariffs are hammering our family farms here and small businesses. I'm all for taking on unfair trade practices. But when you meddle with international trade, it's always the little guy that's receiving negative impact.

Our farmers don't have a market to sell their soybeans and our dairy industry is getting affected negatively impacted by the tariffs. These tariffs are truly job-killing tariffs.