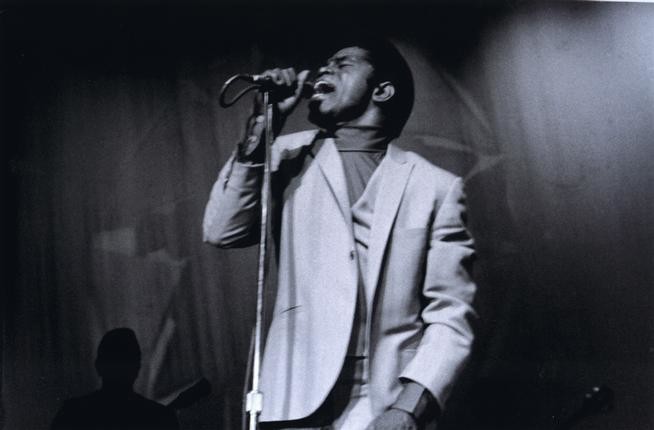 Famed drummer and longtime Madison resident Clyde Stubblefield is one of the featured interviewees in a new documentary about soul legend James Brown, which will air on HBO this week.

The film, titled "Mr. Dynamite: The Rise of James Brown," examines Brown's chart-topping career and his powerful impact on pop music that was essential in the creation of soul, R&B, funk and subsequently, rap music.  Brown died in 2006.

The documentary was directed by Oscar-winner Alex Gibney ("Taxi to the Dark Side") and produced by Rolling Stones frontman Mick Jagger. This is the second Brown-related project that Jagger has been involved in. He co-produced last summer's biopic on Brown, "Get on Up."

"Mr. Dynamite" purportedly features rare film footage and photos, as well as interviews with Brown's contemporaries, his musicians and many of his musical acolytes who claim him as an important influence.

Stubblefield was a longtime member of Brown's backing band. Stubblefield's inspired playing could be heard on many of Brown's seminal singles, such as "Cold Sweat," "I Got The Feelin'," "Say It Loud -- I'm Black And I'm Proud," "Mother Popcorn," and most famously, "Funky Drummer." The latter song subsequently became one of hip-hop's most sampled drum patterns. (Stubblefield is also a frequent musician on "Michael Feldman's Whad'Ya Know?" which is produced by Wisconsin Public Radio.)

For more information about the film, visit the website.