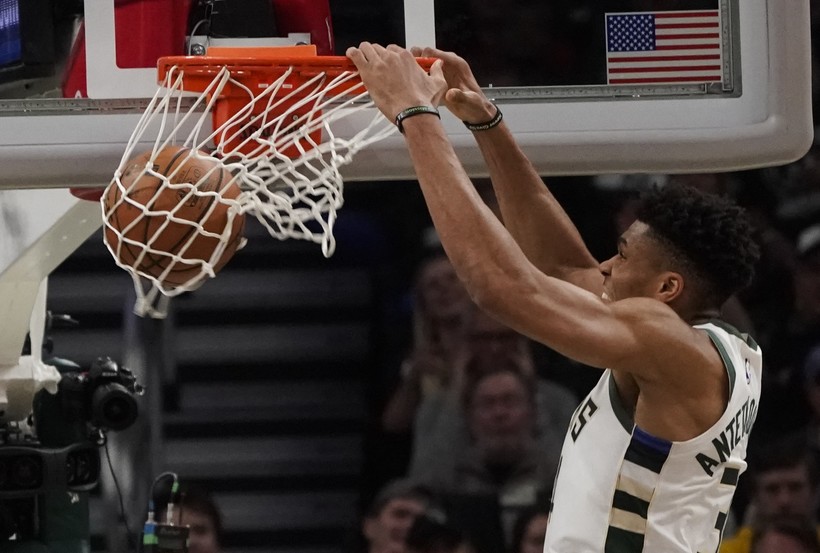 Milwaukee Bucks' Giannis Antetokounmpo dunks during the second half of Game 2 of the NBA Eastern Conference basketball playoff finals against the Toronto Raptors Friday, May 17, 2019, in Milwaukee. Morry Gash/AP Photo

Giannis Antetokounmpo had 30 points and 17 rebounds, Ersan Ilyasova came off the bench to add 17 points and the Milwaukee Bucks never trailed on the way to beating the Toronto Raptors 125-103 on Friday night and taking a 2-0 lead in the Eastern Conference finals.

Antetokounmpo scored 11 points in the fourth for the Bucks, who wound up with six players in double figures - three of them reserves. Nikola Mirotic scored 15, Malcolm Brogdon had 14, George Hill 13 and Khris Middleton 12.

Kawhi Leonard scored 31 points for Toronto, which gave up the game's first nine points, never led and trailed by double digits for the final 39 minutes. Kyle Lowry scored 15 and Norman Powell had 14 for the Raptors.

Game 3 is Sunday in Toronto.