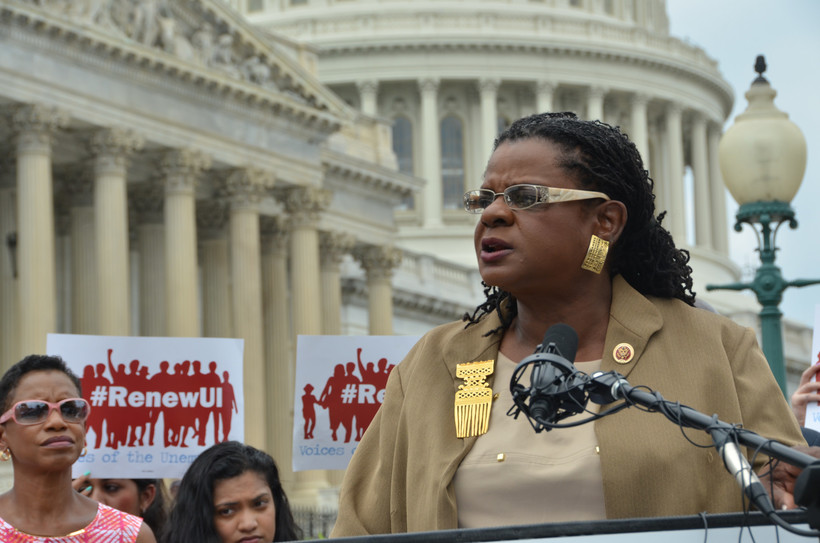 Once an example of bipartisan lawmaking, the Farm Bill that was recently defeated in Congress has become a hyper-controversial battleground for issues that stray far afield of straight agriculture policy.

For Wisconsin Democratic U.S. Rep. Gwen Moore, the legislation is unacceptable because of the ways she says it would harm constituents in her entirely urban and suburban district. And she blames the efforts of some Republicans to include other policy issues — namely immigration — for pushing an agreement further out of reach.

Moore, whose 4th Congressional District includes Milwaukee and several suburbs, said work requirements to get food assistance that were in the bill will affect children and other vulnerable people who depend on its provisions.

Under the current farm bill proposal — the first iteration of which failed in the U.S. House of Representatives last Friday — Moore predicted 7,000 children in Milwaukee County would lose benefits provided through SNAP, or the Supplemental Nutrition Assistance Program.

Next door in Waukesha County, 2,400 kids would become more food insecure, she said.

"It's not as if this is a problem in Milwaukee, or Milwaukee County, it's throughout the state," she said. "We would see more food insecure families.'

The bill failed on a vote of 198-213, with all Democrats and 30 Republicans voting against it. Some Democrats were unsatisfied with the bill's inclusions of work requirements that would be established for people to have access to food stamps.

The bill in its current form would have required adults between the ages of 18 and 59 who are able to work to do so for at least 20 hours a week beginning in 2021. Volunteering or being part of a job training program would count toward those hours. Those who failed to meet those requirements would have been at risk of losing their food stamp benefits.

Moore, for one, opposed those changes, saying SNAP's recipients are mostly elderly, disabled or children. She said she voted against the bill because it would have pulled $23.8 billion away from the food stamp program, and part of those funds would instead have been used to design a program to track whether recipients are working.

"This whole notion that we need to drug test everybody, that we need to require people to go to work who are either already working or who are marginally connected to work — all of these unscientific, unproven methods are only designed to divert people from benefits," she charged.

Outside of nutrition programs, the omnibus farm bill dictates agricultural policy with implications for crop insurance, which makes sure farmers can obtain at least a base revenue for crops, conservation measures and farm credits, among others policy areas.

Additionally, there's been a push by some members of the Republican Party to include the topic of immigration in the farm bill — a demand that Moore said is turning the bill into "more difficult" legislation.

Moore spoke out against some legislators who tried to leverage their votes to get the unrelated topic of immigration on the table. She said she expects a vote to come first on immigration before another vote on the farm bill, which is scheduled for June 22.

Some Republicans in the House Freedom Caucus voted against the farm bill out of frustration that it didn't include enough action against illegal immigration. Determined to get the caucus votes, house leaders promised that a vote would come soon on an immigration bill, but members of the caucus weren't convinced it would come soon enough, or at all.

"They want a wall," Moore said of the Freedom Caucus members of the House, known for being more conservative than other, more moderate Republicans. "And they want to hold food and people and kids, the disabled hostage, so they can get a border wall, so they can curtail not only illegal immigration, but legal immigration."

She added, "It's been difficult because we have seen a minority of the majority under Republican rule try to extract other benefits out of the farm bill, other than just the substance of the bill."