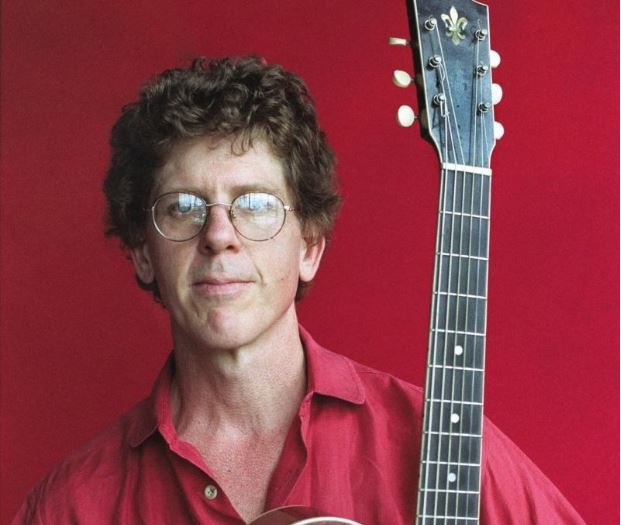 In the mid-1960s, Steve Tibbetts picked up the guitar.

"That was the thing. If you're a 14-year-old boy, you think what can I do to get some attention?" Tibbetts said in an interview with WPR's "BETA."

So, the young Madison native practiced the guitar while incorporating different amplified sounds and electronic distortion to hone what would become his sound.

Tibbetts' catalog spans over more than four decades and 12 albums ranging in style from avant rock to Tibetan chants. The result is that each album takes the listener on a musical journey through sounds that they might find unfamiliar, with Tibbetts' distinctive guitar playing seamlessly woven in to create a sometimes soothing and sometimes challenging musical blend.

Tibbetts counts bluesman Harvey Mandel and jazz player Bill Connors among his influences, but he considers his main influence to be '60s guitar god Jimi Hendrix.

"Everything electric guitar that I do is always going to trace back to Hendrix's 'Band Of Gypsys' album, especially his solo on 'Machine Gun.' That to me is the top expression of electric guitar," he said.

But on his latest album, "Life Of," the influence of Hendrix isn't to be found. Instead, 13 pieces move through sublime arrangements for 12-string guitar, piano, percussion and cello.

With this album, Tibbetts said he wanted to see if he could create compositions that sounded right to him with as few instruments as possible. Listening to the music of Sanford Sylvan, Tibbetts said he heard a universe in the sound of just piano and voice and that made him wonder if he could compose something similar.

Regardless of whether he met that goal, the album has made an impression on people. Like critic Josh Rosenthal who wrote this article for Aquarium Drunkard:

"I have a feeling Steve Tibbetts' 'Life Of' will henceforth be viewed as a towering achievement, the one that put him in the pantheon for good. It may not happen this week, next year, or even this century. But it will sit comfortably in my house right next to the late Mark Hollis’ work with Talk Talk's 'Spirit of Eden,' Laurie Spiegel's 'The Expanding Universe,' La Monte Young's 'The Well-Tuned Piano,' Terry Riley's 'A Rainbow in Curved Air,' Radiohead's 'OK Computer,' and Miles Davis' 'In A Silent Way,' alongside any number of defining works that established the artist as a stealth maverick, a creative genius, a singular voice."

His current project is still in production and, as Tibbetts puts it, "will be somewhat loud."

He said it might take a little longer than his other projects because he recently completed nursing school and will be working as a nurse.

"You don't make a living at music so I've always needed to have something on the side and nursing is something you can do part-time and still work on music."