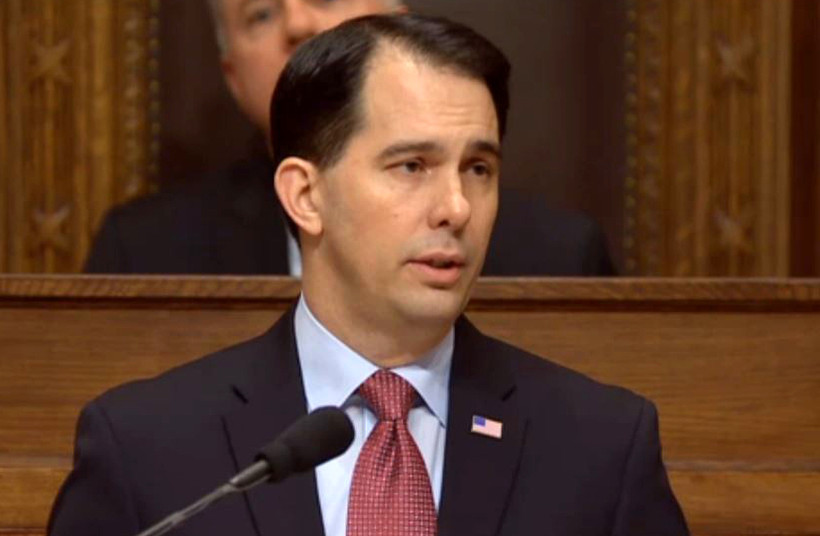 A Guide To What's In Scott Walker's New Budget Proposal

Gov. Scott Walker unveiled his executive budget in a speech to the Legislature on Tuesday, a proposal that aims to balance Wisconsin’s budget through a series of large, targeted cuts while keeping school funding and property taxes largely flat.

The budget address came at a time when Walker has an eye on the Republican nomination in the 2016 presidential race, and it’s likely that many of his proposals in the budget will be scrutinized in the national political arena.

Here’s an overview of what Walker covered in his address, and what exactly is included in the 2015-2017 biennial budget proposal.

What did Walker talk about in his speech?

Walker’s speech touched on themes of “big and bold” changes, and was especially focused on educational initiatives. The governor also pointed to property tax cuts he’s enacted over the past four years, and also focused on positive job creation numbers that were released recently.

Walker mentioned a number of initiatives and proposals in his budget. Here are some of the more notable ones:

In the last biennial budget, Walker created a program to provide vouchers for private school attendance statewide. That program was passed with a cap on how many students could enroll — 500 for the 2013 school year, a number that increased to 1,000 the year after that. Now, Walker wants for that cap to dissolve, allowing an unlimited number of students to apply for the voucher program.

As he previously has indicated he would, Walker declared that he wants all “able-bodied adults without children” who receive unemployment benefits from state agencies to undergo testing for drug use. He said in his speech that the goal of the screenings would be to make it easier for unemployed people to find jobs, and to help them receive treatment if they fail the tests.

In a move that Walker outlined in his State of the State address in January, the proposed budget would merge the Wisconsin Housing and Economic Development Association and the Wisconsin Economic Development Corporation into a single government agency that would oversee job creation in the state. The governor also notably wants to remove all public officials from the WEDC Board, meaning all board members would be from the private sector.

As promised, Walker’s budget would change how the UW System is structured in a way that will give it more autonomy from state government. Specifically, the budget would create a University of Wisconsin System Authority, an agency that would oversee things like capital projects and staffing. The change is seen as something of a tradeoff in the budget, given that the governor has also proposed $300 million in funding cuts.

Walker said that property taxes would continue to drop in the next biennium, which would largely be done through a $211 million increase in school levy tax credits. The tax cut amounts to savings of about $5 for the owner of a $151,000 median-valued home this year, and a further $5 for the year after that.

The budget would end the use of SMARTER Balanced assessments, the Common Core-aligned tests that most children in Wisconsin schools will take this spring. The budget makes no mention of what the assessments would be replaced with. Walker’s budget also emphasizes that no school district needs to participate in Common Core.

After tuition was frozen for the last biennial budget, Walker announced that he plans to extemd that freeze for another two years. He will also introduce a freeze on course and program fees for “high-demand” fields within the technical college system.

Two proposals for how to assess schools that receive public funding have already been introduced in the state Legislature, but now Walker has introduced his own proposal. His system would grade schools on a variety of different measures, but does not include sanctions for schools that repeatedly get failing marks — a stark contrast to an Assembly bill that would have turned such public schools into charters.

What was left out?

At just 24 minutes, Gov. Walker’s address didn’t mention several proposed changes and initiatives that are outlined in the budget document.

Here are some of the bigger items that didn’t make it into the speech but that will likely generate discussion as the budget process moves forward:

One of the more contentious elements to come out of Walker’s budget proposal was roughly $300 million worth of cuts to state funding for the University of Wisconsin System. The governor announced the proposed reductions last week as part of a larger policy shift that would give the UW system more autonomy over fiscal decisions in the future, something he highlighted during his address.

The plan has sparked criticism from various corners including UW administrators, Democrats in the Assembly and even some conservative state lawmakers who have expressed concern that the move would drastically push up tuition prices.

In a move intended to keep the Bucks franchise from moving to another city, Walker proposed issuing over $200 million in state bonds to help finance construction of a new stadium and create a “Sports and Entertainment District” downtown.

The governor billed the plan as a “Pay Their Way” arrangement, with repayment to the state coming from future taxes on player salaries. The proposal for the arena was released prior to the full budget and has already drawn some criticism, both from community groups in Milwaukee and from some state Republicans who argue the state shouldn’t be involved in stadium projects.

The governor’s budget plan included a handful of changes affecting the state Department of Natural Resources, amounting to less autonomy for the agency. Walker requested a 13-year moratorium on new land purchases through the DNR’s stewardship program. He also called for elimination of 66 positions in the agency and recommended disarming the Natural Resources Board of it’s regulatory authority.

As part of “Reforming Government” section of his budget, Walker proposed trimming positions within the Department of Corrections. The plan would eliminate almost all third-shift tower guard positions at state facilities, about 60 in all. According to the budget summary released by Walker’s office, the move would reduce costs, “while utilizing technology and strategic ground patrol to maintain security.”

To help cover costs of transportation projects over the next two year, Walker suggested borrowing $1.3 billion. The governor floated the idea after political opposition forced the administration to scrap plans to raise the state gas tax and other fees. Democratic state lawmakers have expressed opposition to the plan and have said they are confident they can find common ground on the issue with fiscally conservative Republicans who are uneasy with borrowing such a large sum.

The proposed cuts to the ECB would total roughly $5 million over two years.

You can also find the entirety of the new executive budget below: