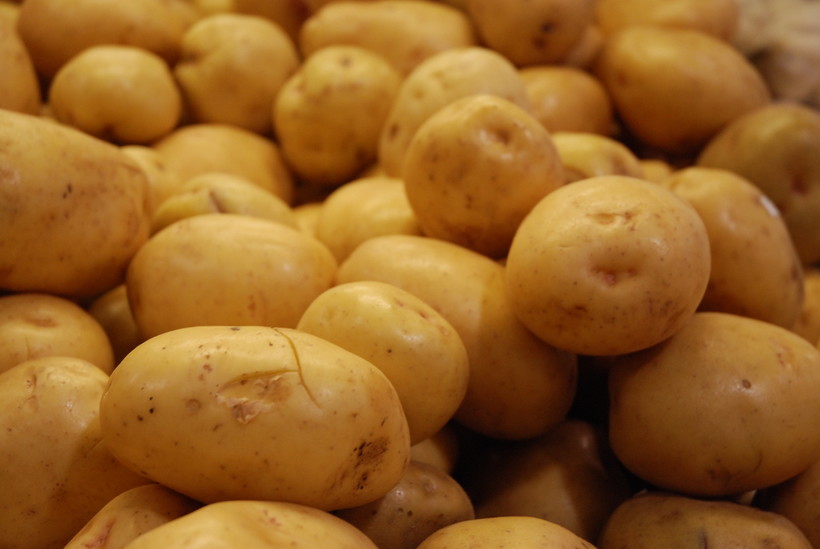 Eighty-thousand pounds of potatoes are heading to Hurricane Sandy victims on the east coast, thanks to a donation from central Wisconsin growers. The effort proves that a small idea can lead to big results.

Two big semi-trucks filled with 40 tons of Wisconsin potatoes are on their way to the hurricane victims, thanks to a small idea hatched by John Hein, the manager of the seed operation at Sowinski Farms of Rhinelander. Hein says he got the idea while watching TV, "I was watching the news one night and the people of New York were paying $7 for $2 bags of potatoes, and they felt they were getting gouged, so that really gave me the idea."

So John Hein called the editor of the Badger Common'Tater, the publication of the Wisconsin Potato and Vegetable Growers Association. The word went out, and four central Wisconsin growers stepped up, Igl Farms, Okray Farms, Coloma Farms and RPE. Ansay and Associates, Grace Fellowship and the Potato Growers paid the freight. Hein's boss, Paul Sowinski, donated the trucks, "The people that really donated, like my boss donated the trucking out there, those are the people that deserve the thank you. It's actually relatively easy to come up with ideas. You know, it's getting them to get them going and get them done."

John Hein says someday, Wisconsin may need the same kind of assistance and someone else's idea may make a difference. The 80,000 pounds of potatoes arrive in New York Wednesday afternoon.