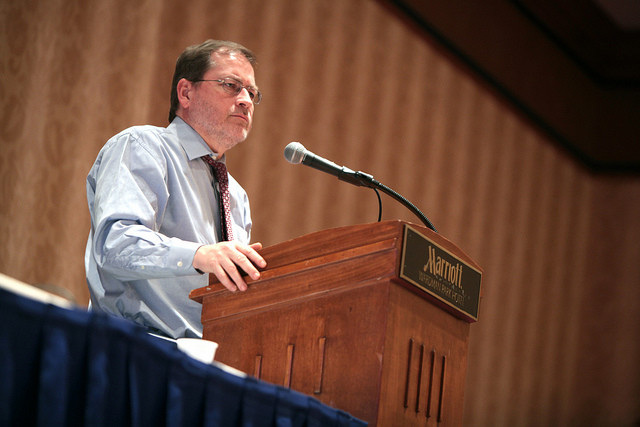 Conservative Leader Says The Change Would Be A Good First Step Toward Criminal Justice Reform
By Bill Martens
Share:

Grover Norquist, the influential conservative leader and tax reform advocate, says he wants Wisconsin to change the way it deals with minors who are accused of crimes.

The president of the group Americans for Tax Reform is in Madison this week to discuss what he considers fiscally responsible changes to the criminal justice that would make the nation safer and smarter. He calls them, "Right on Crime" policies.

Notably, Norquist is one of 70 signatories of a "Statement of Principles" from the Texas-based conservative criminal justice group Right on Crime.

He indicated Tuesday that people 17 and younger who face a nonviolent first offense would be better served in juvenile court instead of adult court. Currently, judges in Wisconsin can opt to try those minors in the adult system, which often winds up being more drawn out and costly.

"Taxpayers didn’t break the law. You shouldn’t be punishing taxpayers because somebody was a jerk," he said. "And you want to minimize the damage to the person’s family and frankly, to their future if they can turn themselves around and do better."

State Rep. Rob Hutton, R-Brookfield, is already pushing for such a change. As chairman of the Assembly Corrections Committee, he said Tuesday that lawmakers are taking "baby steps" to servicing that particular younger population.

"We believe the juvenile system is a better venue for them to be served and to be led into a program that hopefully will keep them from this ongoing path, potentially, of additional crimes in our society," said Hutton.