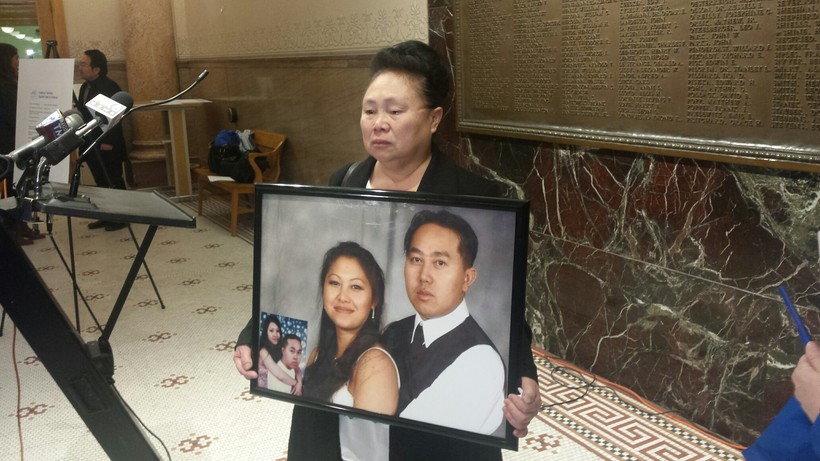 About 20 groups representing members of the Latino, Hmong and other communities are calling for a recent triple killing in Milwaukee to be investigated as a hate crime.

A criminal complaint against Dan Popp, who is white, alleges that he made racial comments before fatally shooting a Hmong couple and a Puerto Rican man in their apartment building earlier this month. Popp is currently undergoing a mental competency evaluation.

But Darryl Morin, of the League of United Latin American Citizens, said local and federal prosecutors should go ahead now with a hate crime investigation.

"It is important that our community, that our city, our state and in fact, our nation, admit that hate does exist, that bigotry does exist," he said. "And where we see it, we must identify it."

Pardeep Kaleka, of the Sikh Temple of Wisconsin, lost his father and five other temple members in 2012 when a white supremacist attacked worshippers. Kaleka said it was helpful to have the U.S. Justice Department declare that a hate crime.

"It was the clear articulation of what had happened and what was the motive behind it that helped us recover and helped the community understand what they needed to do, moving forward," he said.

Officials with the U.S. Attorney's Office in Milwaukee has declined comment on the request for a federal hate crime probe.

Popp has been charged with three counts of intentional homicide. A competency evaluation of Popp may be released next month.