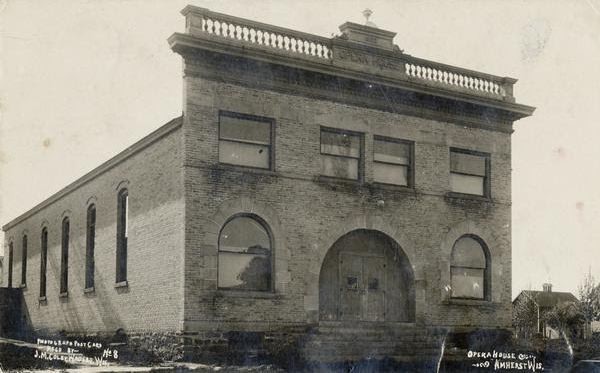 115-Year-Old Building Has Been Shuttered Since 1970
By Glen Moberg
Share:

Efforts are underway to restore an old opera house in the central Wisconsin community of Amherst.

The opera house was built in 1902, and has been closed to the public since 1970, according to Tom Parker, who is leading the effort to bring it back to life.

"It's been boarded up for 47 years," Parker laughed.  "It's pretty much intact the way it was, structurally, amazingly sound."

Parker is forming a non-profit organization called the Amherst Opera House Company Guild. He said about 20 people are involved so far.

"We really see it as a venue for local theater, visual arts, community gatherings, and music. There seems to be a real groundswell of interest," he said.

The group still needs to buy the building and fix it up.

"Initially there's some work on the front of the building, masonry in terms of tuck pointing, and maintenance that does need to be done quickly. The roof would need to be painted. And then much of the rest is cleaning and bringing the building back after 47 years of being closed up," Parker said.

Parker is one of the directors of the Tomorrow River Valley Historical Society.