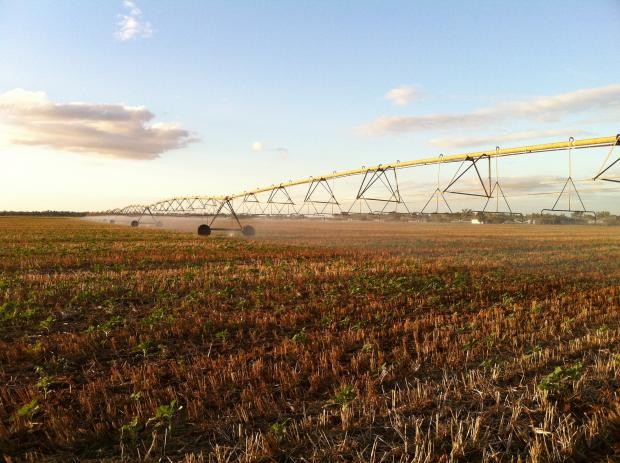 With many competing interests at play, groundwater access in Wisconsin is an ongoing source of debate for policy makers, scientists and other stakeholders.

Bradbury, also the head of the Wisconsin Geological and Natural History Survey of University of Wisconsin-Extension, is currently working with a team of scientists using technology to develop a state-of-the-art groundwater modeling approach.

One of the water systems that they've looked at is the Little Plover River, in central Wisconsin, which has seen recent water deficits. The area is filled with irrigation wells that are used for the potato and vegetable industry. Increasing agricultural demand for groundwater, Bradbury said, has led to the Little Plover and other water resources in the area being diminished and has resulted in conflict between people who need water for farming and for those who want to maintain water resources.

The models also allow researchers to try out "what if" scenarios. What might happen if there were fewer wells? If wells were added?  Or if there's a change in climate?

"It’s really the state-of-the-art way to do what we would call decision support to help decision makers to understand what kind of decisions they’re making, what the consequences might be, and what kinds of options they have," Bradbury said.

With more information made available from groundwater modeling, Bradbury said, the hope is that finite resources can be managed more efficiently with less conflict.