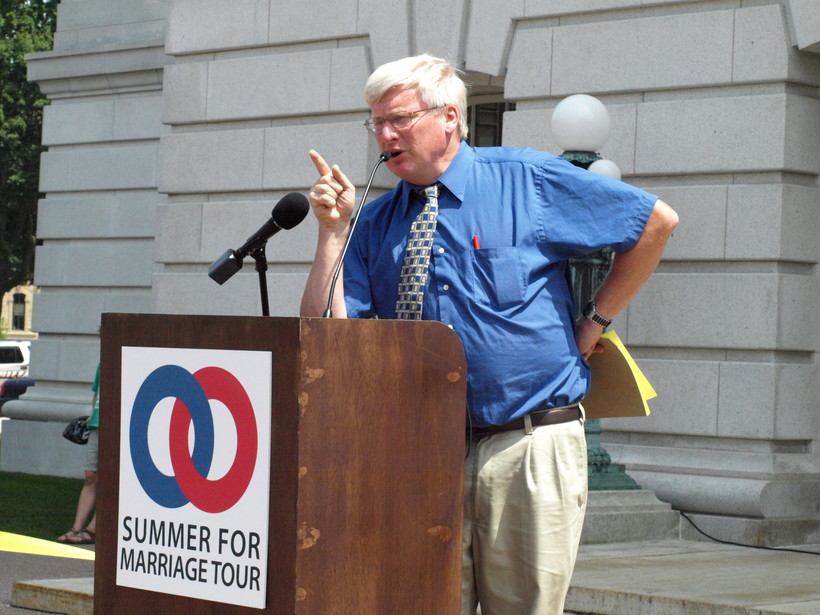 'The Cleaner The Election, The More Confident We Are That A Republican Will Win,' Says Grothman
By Scottie Lee Meyers
Share:

Republican U.S. Rep. Glenn Grothman has responded to criticism over comments he made about Wisconsin’s voter ID law by attacking Democrats who opposed the bill.

Grothman made his original comments during an interview Tuesday night, in response to WTMJ reporter Charles Benson's question on how Wisconsin could elect a Republican in the presidential election for the first time in more than 30 years.

"I think Hillary Clinton is just about the weakest candidate the Democrats have ever put up, and now we have photo ID, and I think photo ID is going to make a little bit of a difference as well," Grothman said.

National media outlets were quick to pick up the story, and voter ID opponents pointed to the comments as evidence that Republicans had implemented the bill to suppress voter turnout.


"Well, some Republicans wonder, and you know we haven’t had any convictions, or at least not widespread convictions, but you sometimes wonder if there’s some irregularities in the voting. The whole purpose of photo ID is to make sure that the person who votes is the person they say they are. And we like to believe that the cleaner the election, the more confident we are that a Republican will win."

Grothman — who represents Wisconsin’s 6th Congressional District, which stretches from Portage to Manitowoc — then said he couldn’t understand why Democrats across the country continue to fight against voter ID laws:


"You know, I get on an airplane, I gotta show a photo ID. Some medicines I have to show a photo ID, depending on where I am. In a bank, I might have to show a photo ID when I cash a check to make sure who I am there. I don’t know why the Democrats don’t get more excited and say, ‘Oh, we’re discriminating against the poor, they can’t get on an airplane, we’re discriminating against the poor, they can’t buy certain medicines.’ We wonder why the Democrats are so opposed to knowing that the person who votes is really the person who they say they are."

Wisconsin's voter ID law has also been receiving attention this week after Todd Allbaugh, the chief of staff to former Republican state Sen.Dale Schultz, characterized Republican senators as being "giddy" about the idea of voter ID lowering turnout among Democratic voting groups. In a long Facebook post, Allbaugh said it was the last straw and the reason why he left the party as it exists today.

You wanna know why I left the Republican Party as it exists today? Here it is; this was the last straw: I was in the...

Grothman and other leading Republicans, including Gov. Scott Walker, dispute claims that photo ID leads to voter suppression. They've pointed to Tuesday’s turnout, the highest in a presidential primary since 1972.

Wisconsin’s voter ID law has been described by some as among the strictest voting restrictions in the country.