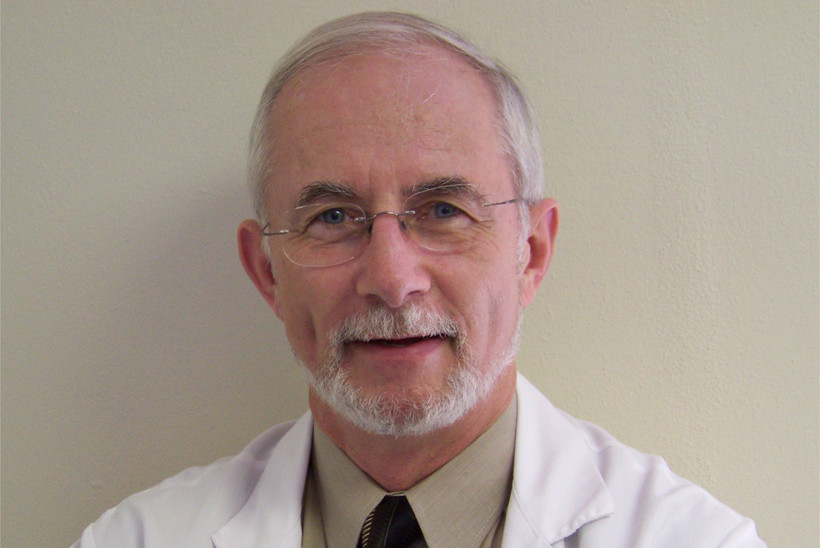 Michael White Says He Wants To 'Put Science Back In The DNR'
By Elizabeth Dohms
Share:

Concerns about climate change and the lack of action by political parties are issues that Green Party candidate for governor Michael White hopes to tackle if he's elected.

A dermatologist, White said some of the environmental issues that hit closer to home include lead in water in Milwaukee and heavy metals in groundwater across the state.

John Munson: Why do you want to be governor?

Michael White: Well the No. 1 issue for me is climate change and the ongoing environmental disaster that we face in Wisconsin, nationally and across the planet. To put it in simple terms: our lifeboat is sinking and we're spending a lot of time arguing about who's in control instead of bailing water and solving the problems that are there.

The second issue is that our politics have become unbelievably hateful and partisan, and it's time to change the dialogue so it's not between two parties that hate one another and are more focused on winning instead of solving the problems.

JM: Let's look at a priority of yours: Protecting our children's future. What do you mean by that?

MW: The overwhelming existential threat is environmental destruction and climate change and it needs to be addressed at every level, beginning at the local level, the state level and nationally. There's evidence that ocean life is dying in huge numbers, bees are dying, there's evidence that we're seeing massive species die-off, our food supply is in danger, our water is in danger, so these are things that are not going to be solved quickly, but they're not going to be solved by ignoring them.

JM: What environmental challenges do you see, specifically in Wisconsin, that you would want to address if elected as governor.

MW: Well starting with Wisconsin, I think there's serious issues with lead in our water system, for example in Milwaukee. There are issues of heavy metal showing up in our groundwater, there are issues related to massive pig farms that are not being carefully regulated, there's evidence that the current administration prefers support to business over protecting the environment, Foxconn being one example.

So the first thing I would do as governor is I would put science back in the DNR and would have government agencies assess what the threats are and what are our most immediate priorities.

The next thing I would do is make that transparent so that the people are aware of what the problems are and we make priorities to address them.

JM: What is the Green New Deal?

MW: It's recognition that we have to protect jobs, we have to protect the economies of the people in the state. I believe that as we transition to a sustainable economy — for example an economy that's not as depending on fossil fuels or on coal, that is using other sources of energy — that there are opportunities there for job creation, for business creation.

Another example is that the current parties by and large are ignoring the disenfranchised and poorest members of society, and the Green New Deal would find a way to address that. I think there's some important issues behind it. We need an inclusive society as opposed to my side versus your side.

JM: If elected, what would you change given the current state of health care?

MW: The first thing I would do is address the issue of drug costs. There is a cheap topical steroid that cost our pharmacy $9 for a tube in 2014. Three months later the cost was $175, simply because the drug company could raise prices. Drug costs that are out of control; drug companies that can charge whatever they want; Medicaid, Medicare and insurance plans having no ability to control those prices are things that could be worked on.

I would work to make sure that we extend BadgerCare as much as possible, that we make sure that some form of affordable health care is available to everybody in the state, that we don't have an unacceptably high number of people with no insurance. We also can't have insurance programs bankrupting the companies.

These won't be easy solutions. But the current system isn't working when we have huge numbers of people that can't even afford basic medicine.