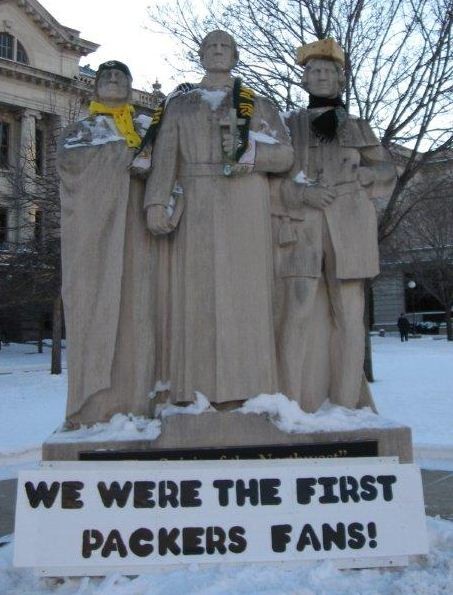 The City of Green Bay hosted a downtown pep rally before the Packers' first round playoff game on Saturday. Residents and football fans hope the team makes another appearance in the Super Bowl. The first step toward that goal will be defeating one of the team's arch rivals, the Minnesota Vikings.

The Packers will have home field advantage. If the mood among those celebrating in Green Bay Friday was any indication the fans are already sending the team positive energy.

Among the hundred or so fans who turned out to the pep rally was Andy Pruess of Green Bay.

"Kind of hard not to want to come out and support the team on events like this, the playoffs," he says. "Even though they have played good pretty much my whole life it's still exciting and a couple games from the superbowl. There's nothing better than that."

But he's not going to the game. "I like my couch."

A main street was shut down for a half hour. The mayor revved up the crowd as did the team's president and CEO Mark Murphy. Earlier this afternoon Murphy held a first ever conference call where fans could ask questions. Murphy said players and coaches are "anxious and excited." He said Saturday's game is do or die.

"All the other sports are series and if you lose a game you can come back," he says. "Here you lose and you're done. It's all on the line and should be exciting."

Tickets for the game are highly sought-after. Brian Klaus, also from Green Bay, has one.

"Out in the bowl, so it'll be kind of cold," he says. " I stocked up on the toe warmers. I think we're going to shut down Peterson. Make him throw. Ponder's not going to beat us. I think it's going to be a big Packer win 35-17."