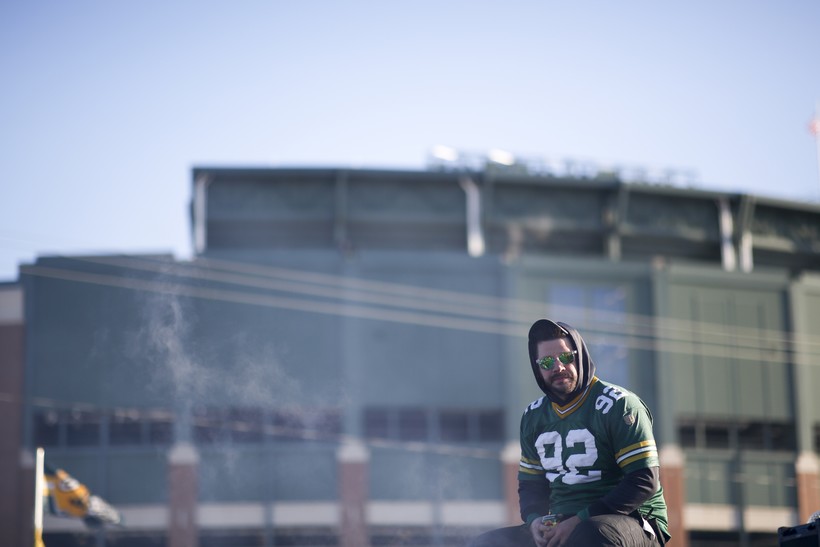 A fan tailgates outside Lambeau Field before an NFL football game between the Green Bay Packers and the Chicago Bears Sunday, Dec. 15, 2019, in Green Bay, Wis. Matt Ludtke/AP Photo

Green Bay Is Preparing For A Football Season During Coronavirus Pandemic

The Green Bay Packers are slated to open their upcoming season against the Minnesota Vikings, the NFL announced Thursday.

It’ll be the first time in franchise history the rivals face off to start the regular season. The game is scheduled for Sept. 13 in Minneapolis.

Other season highlights include a "Monday Night Football" contest against the Atlanta Falcons at Lambeau Field on Oct. 5. Then, the Packers will travel to Tampa Bay to take on the Buccaneers, who are now led by six-time Super Bowl-winning quarterback Tom Brady. That game is set for Oct. 18.

Aaron Popkey, director of public affairs for the Packers, told the Green Bay Press Gazette the team is planning for a normal season, fans included. Due to the coronavirus pandemic, it's still unclear if that will be possible.

Packers season ticket payments are due June 1. If any games are canceled or played without fans in attendance, season ticket holders will be refunded or given a credit for the following season, the team said in March.

Of course, many Green Bay businesses are hoping visitors will be coming to Lambeau Field this fall.

The Packers are scheduled to host the Vikings on Nov. 1 and the Chicago Bears on Nov. 29. Those games always bring in lots of out-of-town fans, said Brad Toll, president and CEO of the Greater Green Bay Convention and Visitors Bureau. 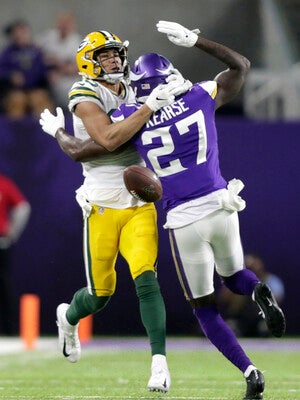 "We absolutely want to make certain that people are safe and healthy when they come to Green Bay, as well as when they leave Green Bay," Toll said.

In a typical year, visitors come from all over the world to see the Packers. The team brings global recognition to the city, he said.

"It gives us our identity, but it also brings a tremendous economic impact along with it," he said. "Just a typical game weekend for us brings about a $15 million impact on our economy."

Lisa Szymanski and her husband own Anduzzi's Sports Clubs, with four locations in Green Bay and Kimberly, including one less than two blocks from Lambeau Field. The last couple months have been very challenging so it was encouraging to see the NFL release its schedule, she said.

"It does give us hope that we're going to go back to some sort of normalcy," Szymanski said.

Anduzzi's made the difficult decision to furlough nearly 300 employees. Now, the company is looking forward to making a plan to bring them back, she said.

Once restaurants can reopen, Szymanski expects there will be some changes to how they operate, but she said Anduzzi's will be ready, no matter what football season looks like.

"Whether it's a full stadium, whether it's a partially-full stadium, we know we're going to be working with some restrictions ourselves," she said. "We're just excited to get businesses opened up and to start thinking about some fun back in the community."

The state Supreme Court is currently considering a case that could determine when and how the state begins to reopen. But state and local rules on gathering sizes are expected to extend beyond the spring.

Northeast Wisconsin is currently slated to host a couple other large sporting events later this year. ESPN’s Rob Demovsky reported in February that the Packers made a couple related schedule requests.

The NFL granted Green Bay’s appeal for an away game the last weekend of September. That’s when the Ryder Cup is set to take place in Kohler. Tickets for the international golf event sold out in less than an hour, but recently both Ryder Cup team captains have discussed the possibility of playing without fans.

Lambeau Field is set to host the University of Wisconsin Badgers and the Notre Dame Fighting Irish for a college football showdown Oct. 3. The Packers will host the Falcons for "Monday Night Football" two days later.

The fate of the college football season is still up in the air.

Earlier this week, the Big Ten extended its suspension of organized team activities through June 1. The chair of the conference’s Emerging Infectious Disease Task Force told WPR schools have a lot to consider before determining when athletic competition can resume.

Other professional leagues, however, seem to be getting closer to resuming play. Some NBA practice facilities have reopened.

Here’s the schedule for the Packers’ upcoming regular season: