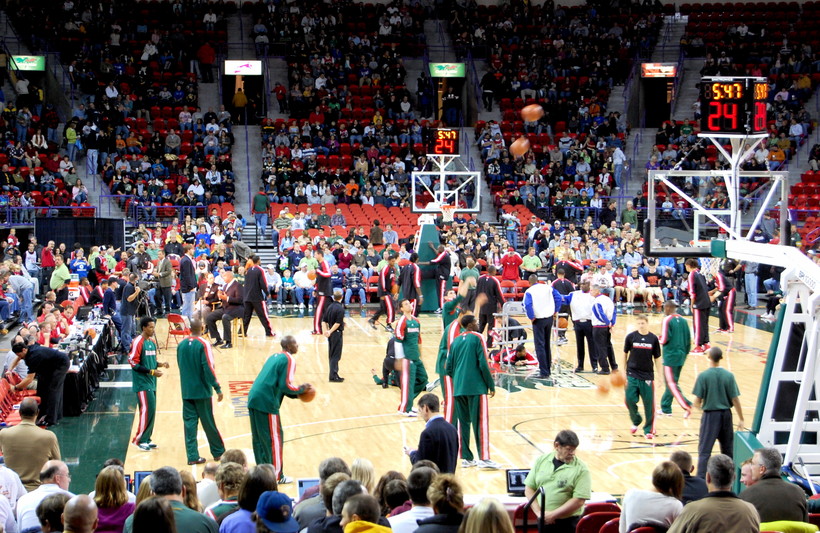 This week, the Wisconsin Girls' High School basketball tournament kicks off in a new home - the Resch Center in Green Bay - for the first time in 37 years. Twenty teams will compete.

Deb Hauser, the Wisconsin Interscholastic Athletic Association (WIAA) associate director, is in charge of the tournament. She says the reason for the move was that Madison's Kohl Center had scheduling conflicts with college hockey. She says the girls' tournament was getting moved around the calendar and often collided with schools' spring breaks.

The upside of moving the tournament to Green Bay, Hauser says, is that the Resch Center is a smaller venue; she thinks this will make the games more exciting for players and fans.

"When you try to put an event into a 17,400-seat facility and you have 4,000-5,000 people in that you can kind of lose the event. I think the size of the Resch is going to be perfect for our girls' tournament. We're trying to do things to make it special for them, being in Green Bay, in Titletown."

The Resch Center is near Lambeau Field and the hotels that surround it. Hauser says the site may be more convenient for attendees.

"This year we have South Shore which is located in Port Wing Wisconsin up by Superior - as well as Superior, who [has also] qualified. And we think the trip to Green Bay will be much easier for them than maybe the trip to Madison."

The WIAA has a two year contract to hold the tournament in Green Bay, it will be reviewed after that.