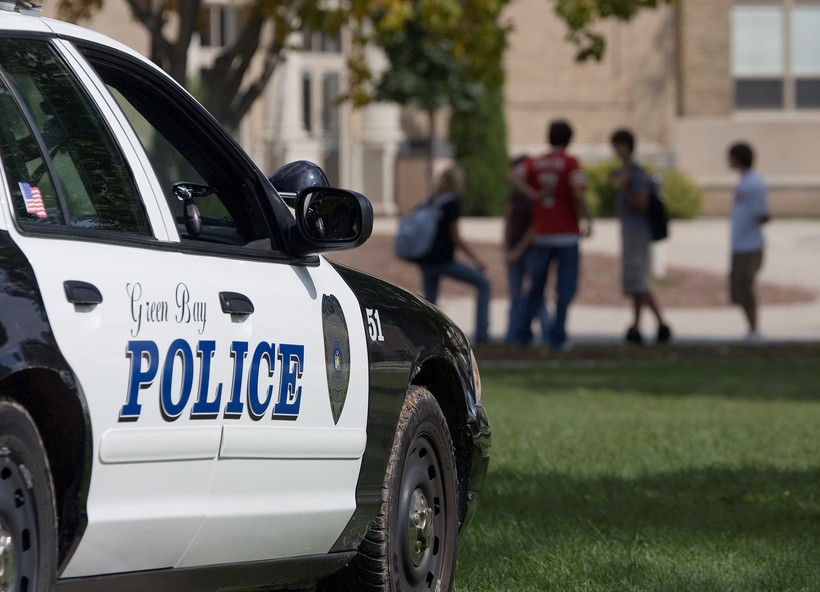 Board Voted Unanimously Against A Proposal By City’s Police Chief
By Patty Murray
Share:

The Green Bay School Board voted unanimously to reject paying for armed guards at each of its 40 facilities. Board members argued that money could be better spent on mental health support.

Brenda Warren, president of the Green Bay School Board, said it would cost the district $2.5 million a year to station armed guards at all elementary, middle and high schools in the district.

She added that the district's middle and high schools already have resource officers on site with access to guns. She'd rather see the money spent on current programs that provide mental health care and support social workers.

"Basically social and emotional support for students as opposed to putting armed guards in our schools," Warren said.

Green Bay Police Chief Andrew Smith — who floated the idea in February after the shooting at Marjory Stoneman Douglas High School in Parkland, Florida that left 17 dead — said that while he understands the district's economic concerns, his proposal would take up less than 1 percent of the district's budget — which in the 2017-18 school year contained $272 million in spending.

Smith said the average school shooting lasts three minutes and that it can take seven minutes for police to get to the scene.

"What someone with a rifle can do in seven minutes in an elementary school — that's what keeps me up at night," Smith said.

But Ed Dorff — Green Bay School Board vice president and a retired principal of Green Bay East High School, where a group of students planned an armed attack in 2006 — said the district already works with the police department to keep their schools safe.

He said parents also spoke against the proposal.

"Lots and lots of people expressed concerns about 'militarizing' our schools and it isn’t a 'touchy feely' sort of thing but an open and honest concern people have regarding the kinds of environments we want our children to learn in," Dorff said.

"We have a very good working relationship with them," Dorff said. "They meet with our superintendent and her team once a month. They help us a tremendous amount in terms of evaluating our security procedures in our schools so that relationship will continue."

Smith also pledged to make officers trained and available in case they're needed.

"We'll have our officers spend as much time as they can in or near the schools so that their response time is cut down should this kind of thing, God forbid, happen here in Green Bay. All of our officers are trained," Smith said.