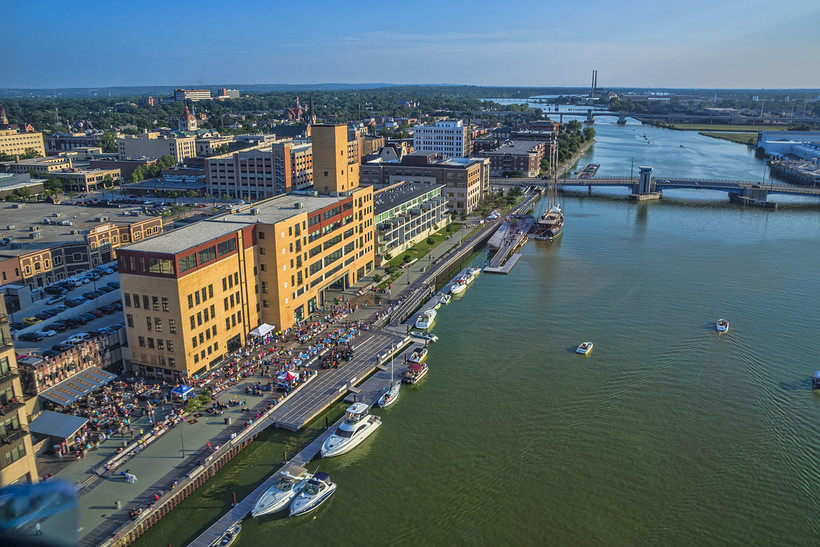 'Civility' Battle May End As The Mayor Is Not Seeking Another Term
By Patty Murray
Share:

Green Bay Mayor Jim Schmitt has been in office since 2003.

After more than a decade as mayor, Schmitt recently announced he will not run for office in the 2019 election.

Schmitt's tenure as mayor hasn't always been easy. In December 2016, he pleaded guilty to three misdemeanor counts of campaign finance violations. In February 2017, he narrowly survived a move by the Green Bay City Council to eject him from office.

The mayor also continually butted heads with Alderman Guy Zima, who was a driving force behind the to oust Schmitt from office in February. The effort fell one vote short of removing him.

Zima and Schmitt sparred over many issues, mostly involving development projects — including apartment projects and the renovation of the city's historic Hotel Northland that has run into serious financial issues regarding the city's relationship with the deal's investments.

Their feud reached boiling points at times, with the two men erupting into shouting matches in council chambers.

The news of Schmitt's decision not to seek re-election comes on the heels of the city placing restrictions on Zima who represents the near west side of Green Bay.

"Most recently there were a number of interactions with members of the City Clerk’s Office where he was really kind of frustrated and his behavior was kind of declining," Chavez said.

Chavez contends Zima made employees cry, called them names and yelled at them.

She said there was no inappropriate touching or sexual interaction.

"None of the actions that have occurred recently rise to the level of somebody putting their hands on somebody else," she said. "We’re not dealing, thank goodness, with something like that … We’re talking about an issue of civility."

Chavez’s order restricts Zima's meeting with employees and requires such meetings to be held in an office, not in public spaces. Employees can also end a meeting with Zima at any time if they feel the need to.

Zima, who has served on the city council and county board for roughly 40 years, said the restrictions are overblown and a restriction on his constitutional right to free speech.

"We’re talking about a handful of employees that are really making these complaints," said Zima. "It’s really a lot of baloney."

Zima said he tries to speak up for his constituents and if that "makes some people uncomfortable, that’s their problem not mine."

Chavez said placing restrictions on a member of city government is uncommon, but not unheard of.

"To my knowledge I do not think this is an action that's ever been taken (against an alderperson)," Chavez said, "But this is not something that's new to municipalities. It's an action that would be taken in any instance if you had any member of the public who was causing problems in City Hall."

Zima was interviewed before Schmitt announced he wouldn't seek another term. But said he’s had "debates" with other mayors and wasn't particularly fond of Schmitt saying, "of all the people I’ve worked with in politics, this guy is the absolute worst."

Schmitt was not available for an interview.

The animosity may be hurting the city, says a University of Wisconsin-Green Bay professor.

David Helpap is an associate professor of political science and public administration who follows local government. He said the goings-on between Green Bay’s mayor and its city council are becoming a "running joke."

Helpap said the "joke" has consequences when it comes to some major development projects, such as the renovation of a historic downtown hotel, the Hotel Northland, and a proposed mixed use baseball stadium and concert venue.

"Unfortunately I think Green Bay is in a unique position among Wisconsin communities and communities of its size with regards to these types of personal issues in the council chambers," Helpap said.