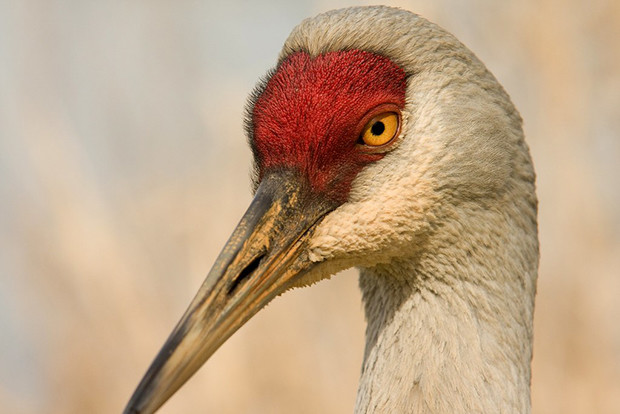 When the Fox River National Wildlife Refuge was established 40 years ago this month, it served as a sanctuary for greater sandhill cranes who were just starting to make a comeback after years of unregulated killing.

After legislation was passed to protect migratory birds, greater sandhill cranes began a slow recovery, helped by sanctuaries such as the 1,054-acre wetland in Marquette County.

"At this time in the 1970s when the cranes were just rebounding, this place was a very unique and special place for the cranes," said Sadie O’Dell, wildlife biologist for the U.S. Fish and Wildlife Service, which manages the refuge.

Now, sandhill cranes number about 700,000 across the nation, comprised of six subspecies. Wisconsin is home to the greater sandhill crane subspecies, which numbers between 70,000 and 100,000 birds. About half of their population is located in Wisconsin.

About 50 cranes use the refuge to nest in during the summer. Hundreds more gather there in preparation for the fall migration. Other national wildlife refuge locations in Wisconsin under the same management as Fox River are Horicon National Wildlife Refuge near Mayville, Gravel Island National Wildlife Refuge in Lake Michigan, and Leopold Wetland Management District in Portage.

The Fox River site was managed with practices that restored habitat that had declined from agricultural development and drainage on the property, all in an effort to protect habitat for the cranes. The tall, gray-bodied birds breed in open wetlands, fields and prairies and they seek out just the right balance of land and water to mate and raise their young.

Fox River is home to sedge meadow, wet prairie and shallow marsh wetlands. Most of the similar wetlands in the area of this state have been altered by past development and drainage practices and can be dominated by invasive species.

"The area and wetland at Fox River is a rare place where a variety of native wetland habitats still exist," O'Dell said.

When the refuge was established, O'Dell said, it was recognized because of the diversity of its vegetation and habitat.

There are 10 distinct plant communities, most of them wetlands, O’Dell said, including some rare upland habitats and dry prairies, as well as oak savanna that border these wetland habitats. More than 150 species of wildlife can be found there.

"Secretive marsh birds use the refuge as well as some of the waterfowl that you’d find typically on river wetlands and in Wisconsin like Mallards and teals," she said. "There’s a lot of endangered species associated with the use of those wetlands."

O’Dell said it’s important to conserve and protect wetlands of similar size to the Fox River because they host migratory flocks of cranes as they prepare for winter and they serve as an area for breeding.

Cranes are territorial and bonded to their mates but tend to congregate during fall migration at roost sites in open water areas in wetlands. The greater sandhill cranes migrate along the Mississippi River flyway and are one of Wisconsin’s first migratory birds to come back to the state, sometimes as early as February.

With exceptions for licensed deer hunting, the Fox River refuge is closed to the public. 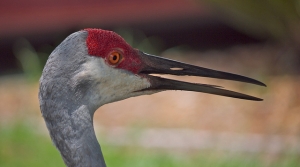 Forty years ago this week, the U.S. Fish and Wildlife Service purchased hundreds of acres in central Wisconsin to protect sandhill cranes. A biologist from the agency joins the program to discuss the anniversary of the Fox River National Wildlife Refuge and efforts to restore the sanctuary for wildlife populations.